7 out of this world science fiction and fantasy audiobooks

In honour of #LoveAudio week, we’re sharing our favourite science fiction and fantasy listens. From sword swinging fantasy epics to dystopian masterpieces,  here are the audiobooks that kept us glued to our headphones.

Neverwhere by Neil Gaiman, read by the author 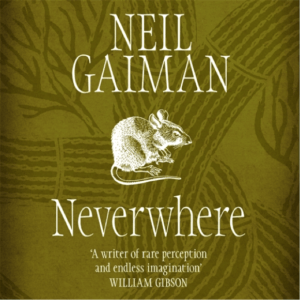 I’d never read a Neil Gaiman (please, don’t hurt me) – it seems ridiculous and crazy that I’ve worked in SFF for so long but had never actually got down to reading one, it always seemed as though I had something else that I needed to read for one reason or another. But a month or so ago I decided, enough is enough, instead of reading a Gaiman I was going to listen to one. I took a recommendation from someone much more knowledgeable than myself and decided that Neverwhere was the one to go for, I was NOT disappointed. I wasn’t sure how urban fantasy would lend itself to audiobook, but it worked like a treat – especially with Gaiman’s unexpectedly awesome narration (his voice is… let’s face it, it’s kinda sexy) and the great production quality. I loved the music that played between chapters/parts and how Gaiman’s voice switched between characters, bringing each one to life in a way that I didn’t expect, the plot unravelled itself and everything felt perfectly paced – I still can’t decide if that is because of the narration or the writing, probably both. I highly recommend checking it out, you won’t be disappointed. Neverwhere has ended up opening the gate to the audiobook world for me… and I’m running straight on through.

The Passage Trilogy by Justin Cronin, read by Scott Brick 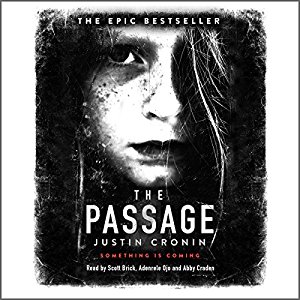 There are some books that you just keep hearing about and each time you go into a bookstore you find that book, look at it, remember just how damn big it is, put it down and walk away a little dejected. Well, that’s what I do anyway and that is definitely what I did when I was recommended Justin Cronin’s The Passage trilogy. It was just so big and there were three of them. How was I going to get through all of them when I read so slowly…

Enter the glory that is audiobooks. Not only did it save my back from being broken from carrying around these heavy tomes, but the narrator’s (Scott Brick) voice is wonderful to listen to. His smooth tone brought the story to life that the voice in my own head (not a crazy one, but my reading one) could not have done. In fact, I cannot recommend the audio version of The City of Mirrors enough. Scott Brick truly brings Zero’s character alive in the most mesmerising, velvet-laden reading voice that I have ever heard. I found any (and every) excuse to put headphones in and listen to it more – I cooked dinner, cleaned the house, went for walks, took the long way in the car on purpose – and suddenly I was 20 hours in and things were getting so good.

What I loved most about listening to The Passage trilogy was when things were getting creepy and dark, you couldn’t skip ahead to make sure the characters were okay. You couldn’t peep ahead and check when the threat would be over; you were just in it. It was all you were focussing on, all you could hear, you just needed to know if Michael, Sarah, Peter and Amy would be okay.

The Passage trilogy was my first foray into audiobooks and it has made me a convert ever since. 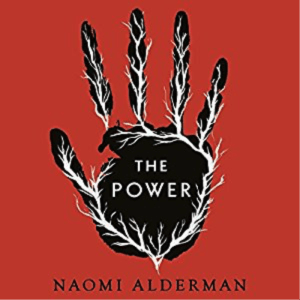 What if women were more physically powerful than men? The Power is a gripping feminist dystopian fantasy about how the world is rocked to its core when women discover they can use electricity through their bodies.

This is one of those audiobooks that changes how you see the world when you unplug your headphones – I found it difficult to adjust to being back in the normal world once I had felt what it would be like for women to have a different lot. I think you could only get this completely immersive experience from the audiobook, partly down the incredible narration. Adjoa Andoh does a sensational job, tackling characters of different ages and with accents from around the world with ease. There’s also a scene I couldn’t believe was written before Trump’s election – how did Naomi Alderman know?

I loved the complexities of the alternative world imagined here – we’re made to confront some very dark aspects of human nature. Now that it has won the Baileys Prize, The Power is hopefully going to get all the attention it deserves. A must–listen!

The Way of Kings by Brandon Sanderson (Book 1 in The Stormlight Archives), read by Michael Kramer and Kate Reading 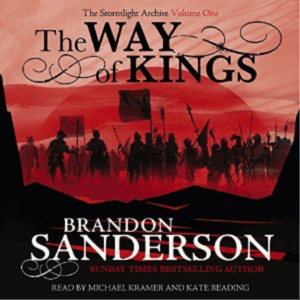 Originally known for completing Robert Jordan’s Wheel of Time series after his untimely death, Brandon Sanderson is now a master of the fantasy genre in his own right. The Way of Kings is the first book in his own planned 10-book-epic series, The Stormlight Archives, and it’s clear from the very beginning that he has developed a fantasy world of incredible depth and detail.

Clocking in at over 45 hours, this audiobook is no quick listen, but it’s most definitely worth the investment in time. The first few hours may be slightly confusing to new readers, as you are thrown feet first into this world’s magic, mysteries and…  well, weather (highstorms regularly sweep the land and shape everything from geography to plant life to travel), but it won’t take long for you to be drawn in to the lives, struggles and history of the main characters. I imagine every listener will have their favourite, with bookish but determined Shallan, clever, stubborn and beaten-down Kaladin, and honourable, ageing and troubled Dalinar to choose from, but each one is fully realised and has a well-developed story arc.

The narration is split between Michael Kramer (who voices the male characters) and Kate Reading (who voices the female), and they both read with skill, expertly dramatizing the wide range of characters. There are a few instances where the two narrators pronounce names slightly differently, but overall I found this less distracting than having one reader voicing both the female and male characters.

Overall, this book is perfect for anyone who wants a new, engrossing epic tale to dive into and is masterfully written and performed. And the best news is that the sequel, Words of Radiance, is already published, with the third, Oathbringer, due in November. 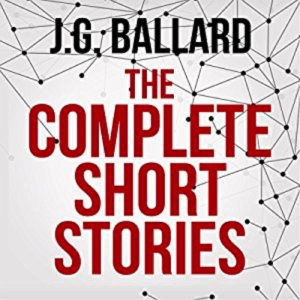 I don’t often decide to pick up an audiobook if I’ve already read the book but I made an exception for this one, mostly because I felt it was time for a re-read and a 65 hour audiobook is much easier to carry around than the 1200 page hardback!

Ballard was one of the most distinctive voices in 20th century SFF and this collection features all 98 of his short stories spanning 40 years from the late 1950s to 1990s. Listening to the audiobook is a very different experience from reading the stories thanks to the excellent narration, including appearances from such audiobook stalwarts as Sean Barrett and Jeff Harding.

The various narrators all bring something a little different to the stories, in some cases bringing some unexpected humanity to Ballard’s chilly prose and in others enhancing the odd, detached quality of the writing.

I think I’d probably struggle with some of Ballard’s novels in audiobook form – Crash or The Atrocity Exhibition would be hard work – but listening to this unique collection was a great way to re-experience some of Ballard’s finest work.

Zone of Terror, The Concentration City and The Life and Death of God are particularly brilliant. 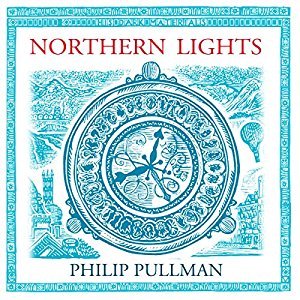 Northern Lights is one of my favourite books of all time, and this audiobook is a big part of the reason why. Having it so beautifully and passionately narrated by Philip Pullman himself and acted by a fantastic, well-matched cast is a total joy.

Pullman’s writing comes to life so vividly – you’ll find yourself discovering his alternate Oxford, sailing to the Fens with the Gyptians and journeying across the vast, barren North. The audio cast play their parts brilliantly – Lyra, full of gumption and stubbornness, develops as the story progresses, and supporting characters get the chance to shine (Iorek, Lee Scoresby, Farder Coram).

The audiobooks for The Subtle Knife and The Amber Spyglass are equally wonderful. I’ve listened to them over and over (and read them over and over) and I don’t think I’ll ever tire of them. Before The Book of Dust comes out this Autumn catch up on the series and treat yourself to these brilliant audiobooks.

Something Wicked this Way Comes by Ray Bradbury, read by Christian Rummel 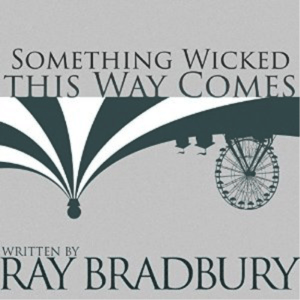 By the pricking of my thumbs… Forget Fahrenheit 451, this is my favourite of Ray Bradbury’s brilliant novels. When a sinister travelling circus pulls into a Midwestern town one October night, its only witnesses are Jim Nightshade (‘all bramble hair and itchweed’) and Will Halloway (‘the last peach, high on a summer tree’), two boys on the cusp of adulthood. This is a fantasy that’s dark as pitch, a rhapsodic fable about the terror of 3am and the uncertainty of growing older. Plus, Ray Bradbury can describe an autumn night like no-one else – a must for any spooky Halloween book. Christian Rummel’s narration is intense and otherworldly – PERFECTION.