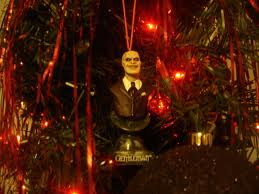 Posted on December 25, 2014 in Hodderscape Advent with tags Christmas

This month Hodderscape passed a milestone – we published our 500th post. So here’s a look back at 2014 – we’re all incredibly proud of Hodderscape and can’t wait to move into 2015!

This month Hodderscape passed a milestone – we published our 500th post. So here’s a look back at 2014 – we’re all incredibly proud of Hodderscape and can’t wait to move into 2015!

25. The advent calendar. Our second advent calendar was as much fun as 2013’s, and is a tradition we’ll be carrying forward for years to come! From crafts to sandwiches to depressing holiday traditions, this year was a content goldmine. Why not take a stroll through the archives?

24. Cover reveals. Boy, did we reveal a lot of covers this year. And we’ve got more coming up… so stay tuned.

23. We hosted our first ever live interview, with none other than Pierce Brown, who answered your questions. Relive the glory over at YouTube. Here’s a behind-the-scenes tidbit for you: we had to move the interview a couple of times, once because someone walked through it and once because a dog would not stop barking as we filmed.

22. Hodderscoop. We’ve let the ‘scoop slide this month, as we’ve been busy working on Advent posts, but it’ll be back in January. Where else would you get your weekly collection of links to interesting content, pictures of jellyfish, and my tangential rambling? (You can revisit the entire series in the archives.)

21. Lego Stories. South African author and Lego-wrangler extraordinaire SA Partridge dropped by Hodderscape a few times this year to recreate classic covers and scenes with Lego. We very much hope she comes back in 2015!

20. NaNoDodo. Our contribution to NaNoWriMo: advice, lists, and dodos. Lots of dodos. (Archives here. Where would we be without an archiving function?)

19. DiNovember. In case it’s not clear, we’re a little obsessed with dinosaurs (and Jurassic Park) here at Hodderscape. So much so, in fact, that we celebrated NaNo and DiNovember in November this year. If anyone adds anything else cool to November next year we’re in big trouble. (MoVember just might be the end of us.)

16. It’s Off to Work we Dodo. Our series of articles about what the individual members of the Hodderscape team do all day. Sharan ran us through the making of the Philsoraptor memoir…

13. What we Watched and Read. Another of our monthly features, in which we talk about the non-Hodder stuff we occasionally get up to. (Spoiler: we’re all obsessed with The Good Wife.)

12. Villains. Weirdly, we discovered that everyone on Team Dodo likes villains. Littlefinger seems to be a particular favourite.

11. Vampires. Number 3, below, is all about our favourite vampire show – but it turns out we like vampries in general, too. Several of us once spent four hours on a train talking about various attractive vampire men! Just don’t ask Fleur about baby vampires. (She’s not a fan.)

10. UnCovered. You usually guess our UnCovered covers in less than a minute; often within seconds of us posting the cover! It’s amazing. And a little terrifying.

9. Shirtless Jeff Goldblum. We’re not just obsessed with Jurassic Park – we’re also obsessed  with this still of Jeff Goldblum from the movie. Merry Christmas to us!

7. Dodo costume contest. The best thing about our mascot Pickwick is her versatility. You all brought some serious game to our ‘dress up Pickwick for Halloween’ contest!

6. Dodocon. We slipped the first of our destined-to-become-a-tradition events, Dodocon, in under the radar during this very busy summer. And I didn’t even get to go, thanks to an ill-timed bout of the flu. But Dodocon 2: The Reckoning is already in our calendars for next year, so stay tuned…

5. This Post about Jaws 2. The most popular thing we’ve ever published on Hodderscape. By a factor of about ten. 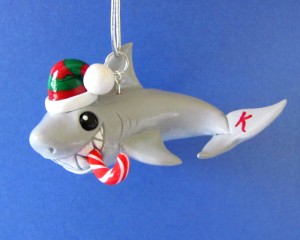 2. Nine Worlds, LonCon, FantasyCon, Comic Con… 2014 was the year of the convention, and we were there. At all of them. And we’ll be doing it again next year! So look out for announcements about our activities and locations. Because we just might be walking the con floors carrying around goodies to give away…

1. We published so many incredible books this year. From The Three to A Man Lies Dreaming, from Lagoon to TimeBomb, from Smiler’s Fair to Nunslinger. And The Forever Watch and Sleeping Late on Judgement Day and Zodiac Station and Red Rising… and so many more! 2014 was a brilliant year here and 2015 promises to be even more so. Stay tuned throughout January for lots of thrilling news (we’ll be posting a sneak peek on January 1st). And, finally: thank you for all your support and your enthusiasm. See you soon – and happy holidays, from all of us!