Five incredible literary dystopias you may not have heard of 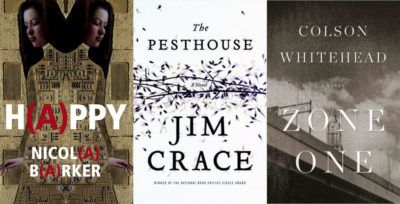 It would be misleading to say that my new novel, Claudia, is a dystopia – most of it isn’t, though some of it is – but while I was working on the book I found myself reading heavily in the genre, which has always been a favourite of mine. Mind you, dystopia is probably a favourite genre of nearly everyone’s these days (have you seen these days?), and so it’s slightly dismaying that even now we tend to get the same familiar titles cropping up in lists of recommended dystopic reading. Here, then, I have assembled five literary counterworlds that I want to assure you are absolutely fantastic while perhaps being not quite so grindingly obvious as your Nineteen Eighty-Fours, your Brave New Worlds, even (post-Emmys) your Handmaid’s Tales. See what you think… 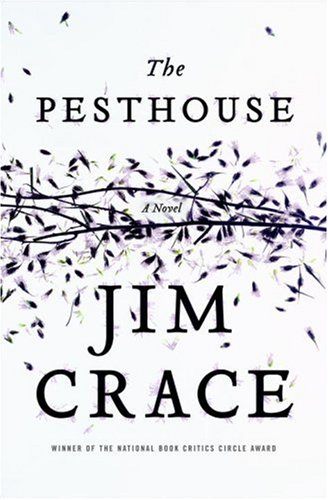 1. The Pesthouse by Jim Crace

This book recently celebrated its tenth birthday, and why it isn’t by now an acknowledged classic of the genre, at least, is beyond me. Anything Crace writes is a thing of unearthly beauty, and from its unforgettable first sentence (‘Everybody died at night’) The Pesthouse presents a world of luminous dread. The dystopian setting – North America reduced by plague to Dark Ages desperation and savagery – is rendered with insidious exactness, dreadfully conjuring every cracked clay pot and dead hen. Crace is sometimes credited with being a master craftsman who lacks feeling, and while there may be arguments to have over some of his other novels, The Pesthouse, for all its menaces, aches with humanity. The glory of the novel is surely Crace’s tender portrayal of his two central characters, Franklin and Margaret, making their way with fortitude and dignity through this glimmeringly broken world. 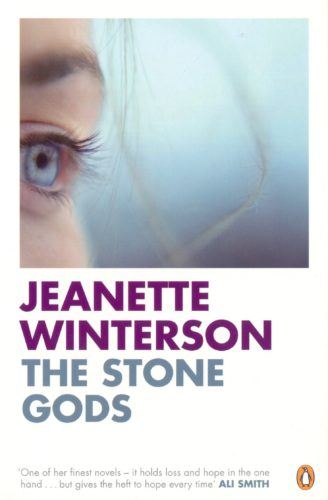 2. The Stone Gods by Jeanette Winterson

It’s probably reasonable to assume that Jeanette Winterson is going to get round to having a go at everything before she’s done (I look forward, in particular, to the Winterson Western), so it’s no surprise to recall that she has of course written a dystopia. Well, sort of. The Stone Gods is an eminently Wintersonian book in that it covers the terrain of at least half a dozen novels and indeed genres simultaneously, drawing them together (and quite pointedly not drawing them together) in that oblique, playful, deadly serious Wintersonian way. The dystopian bits of this more or other than dystopian novel show JW at once occupying a genre and making it effortlessly her own, with its garrulous sci-fi hijinks and poignant love story. Long may you be haunted by poor spaceshipwrecked Billie Crusoe and the inevitably powering-down robot Spike, accepting their doomed lovers’ fate in an icy cave on Planet Blue: ‘This is one story. There will be another.’ 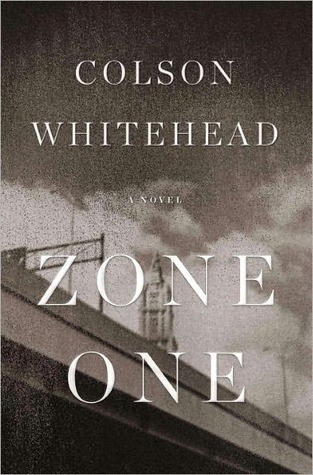 3. Zone One by Colson Whitehead

It’s a slightly frustrating business loving Colson Whitehead these days – because, you know, we were there before the band got big, and now everyone likes them. None of which is to say that The Underground Railroad isn’t one of the great novels of our century so far (of course it is), but there was a special delicious discovery in coming upon Zone One in 2011 and feeling like it was a quite unbelievable secret you were keeping from the rest of the world. To be clear, Zone One isn’t just a dystopia; it’s a fullblown zombie apocalypse, with exactly as much gleeful cadaverous gore as you would expect. The cover of my Harvill Secker hardback tries to explain – ‘A Zombie Novel with Brains’ (ah ha ha ha) – but the pun falls far short of Whitehead’s achievement. This isn’t a ‘clever’ zombie novel; this is the zombie novel Virginia Woolf or Vladimir Nabokov would have written, if they’d had the (ah ha ha ha) guts. You’ve never read anything like it, and you probably never will again. 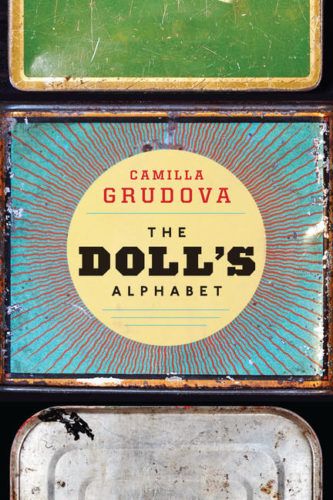 4. ‘Waxy’ in The Doll’s Alphabet by Camilla Grudova

I couldn’t forgive myself if I didn’t have a short story on here, and if I can have only one then it will be this one. Actually every story in this collection is a jarring testament to Grudova’s genius, and if you haven’t read it you really owe yourself a favour; but ‘Waxy’ stands out as a masterpiece of that disorienting sort where you simply cannot see how it was done. In the same way, the story is entirely straightforward and utterly unsummarisable. A sentence from early on shows something of the astonishing assurance with which Grudova creates a whole awful mundane world: ‘A few days before, a girl from my Factory said she was leaving her place, since her Man had done well on an Exam and she could afford to move, and she told me I could take it.’ The nature of the story’s reality is never explained, and yet there is never any doubt of its seamless completeness, its eerie actuality, somewhere just beyond the final page. 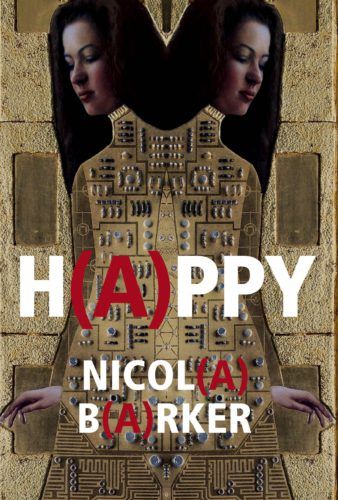 Somehow it feels like faint praise to say that Nicola Barker is an original. She has a force of vision that makes other people’s originality look like pretty thin stuff, and Barker renders that vision with even more than usual force in H(A)PPY. Her narrator, Mira A, introduces us to her world of hypertechnologised tranquillity – but there’s the problem that telling her story (or any story) is an unlawful act in Mira A’s reality, so that her own narration becomes the chief hazard of the narrative. If that wasn’t mindbendy enough, the book is also a meditation on the life and music of Paraguayan guitarist Agustín Barrios, and indeed on the history and culture of Paraguay. In addition, the novel is a startling physical feat, as Mira A’s reveries begin to change the appearance of the book itself, first with subtle variations in print colour, then more dramatic shifts between fonts, then riotous outbursts of typography and illustration that make this one of the most beautiful books I have ever held in my hands. 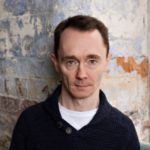 Anthony Trevelyan was born in Lancashire. He read English at Trinity College, Oxford, before going on to further studies at Lancaster University. Currently he lives with his wife near Manchester, where he takes part in performance events such as Flim N …