21 Seconds with a Bear

Remember the time ol’ Sister Thomas Josephine – she of the Nunslinger chronicles – fought a bear? No? That’s because you ain’t never read this story afore. Good thing Hodderscape is here for you – you’re in for a treat! Happy holidays from Stark Holborn!

The dog, Dove, stiffened, his hackles raised. He was growling low in his throat, not the savage, warning noise that I had heard him make before, but different, uncertain. I peered ahead into the trees. A shape was moving there, huge and dark.

The mare began to prance, throwing her head in distress. Any breath that remained in my lungs died as the bear came crashing through the undergrowth towards us.

It was starved and thin; its brown fur loose over club-like limbs, but that was of no comfort. I urged the mare backwards, but I already knew it was no good: we were trapped. Sniffing, the beast turned its head in our direction. Dove gave a whining sort of bark, his muzzle shaking as the bear rose to its hind legs. For one terrible moment, everything was still: Dove tensed, the horse’s eyes rolling. 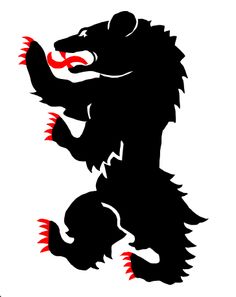 Then the bear let out a roar, terrifying and guttural, and launched itself forward. The stink of it hit me; feral musk and rotting meat. I wrenched the mare around, too late. Claws slashed across her withers and blood streamed bright. She bucked in pain, hooves slamming into the bear’s chest and knocking it back. For a moment I held on, but then the reins were ripped from my hands and I was falling, crashing heavily to the ground.

I had no time even to scream before the bear lunged again, dropping to all fours from above me. I rolled away and staggered to my feet, reaching for the knife at my belt. Out of nowhere, a flash of brown and pain burst upon me as the bear’s claws raked my arm.

I fell, clutching at the skin, the blood already pulsing through my fingers. My head spun as I scrabbled backwards, dragging out the knife one-handed as the bear raised itself up again.

A streak of gray shot past me; Dove leapt, burying his jaws in the bear’s throat. The bear roared and thrashed, but the dog was quicker, dropping away and circling to charge once more.

Again and again we attacked. I slashed desperately at the bear’s stomach, even as Dove snapped at its legs. Finally, the animal turned away from me to swipe at the hound. Dove ran a few paces and growled, his muzzle red with blood. In a rage, the bear lumbered after him. I watched, helpless, as Dove turned tail and the bear followed, crashing through the undergrowth in a frenzy claws and teeth.

After a breathless moment, my arm contracted in pain and I bit back a cry. I could barely move for shaking as I pushed aside the ruined cloth of my sleeve. The flesh was scored in three deep channels, streaming with blood. I almost retched, but forced myself to start ripping the cloth away. If I did not stop the bleeding, I would die.

I used my teeth to wrap a length of the ruined habit taut about my arm. My fingers were slick with blood as they searched through the undergrowth. Finally, I found a stick, shoved it into the knot of bandage and twisted. The tourniquet tightened and I almost blacked out from the pain, but I twisted again.

Sweat was running down my forehead now, and I was so dizzy I could barely stand, but I hauled myself to my feet. I had to find the mare, had to get away from this place and reach civilisation.

There was a snapping of twigs behind me, and I almost sobbed in fear, but it was only Dove, limping forward. His entire head and neck were soaked with blood, and he sported a gash on one leg, but otherwise he seemed unscathed. I felt his tongue lick my hand, and the world spun.

A moment later I was on the ground. I tried to lift myself, but everything was hazy. I do not know how it was before another shadow rose out of the woods. I thought it was the bear, returned again, but this one was smaller. I caught the scent of man, sweat and leather and wood smoke. The last thing I remember was the shape of a prayer on my lips and a pair of eyes, yellow as a snake, fixed upon mine. 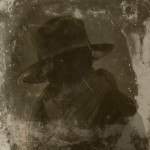 Stark Holborn is the pseudonym of a thrilling new voice in fiction. But he – or she – knows to keep enemies close… and secrets closer. @starkholborn