Friday Favourites: things we read and watched in August 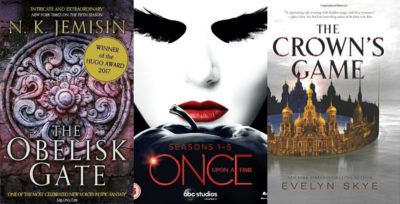 Posted on September 1, 2017 in Books, Friday Favourites with tags

From sexy pirates to sexy Russian fantasy, here are the best things Team Hodderscape read and watched this month. 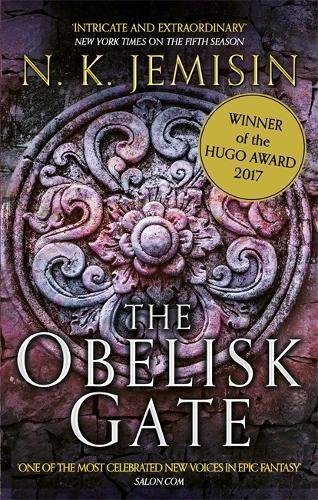 I absolutely adored the first book in Jemisin’s ‘Shattered Earth’ series, The Fifth Season, and have been trying to find an excuse to read the second for a while (my time to read non-work books nowadays is severely limited). So when The Obelisk Gate won the Hugo Award for best novel in Helsinki last month, I jumped on the chance. (NB: Last year, her win for The Fifth Season made her the first black person to win the Hugo award for best novel, and this year she was the first person to win the award twice in a row since 1991.) The New York Times called her writing ‘intricate and extraordinary’ and I really couldn’t agree more. It’s been a long time since I have been so swept away in a book. The world building is also truly exceptional – the series is set in a world ironically known as ‘the stillness’ that is plagued by apocalyptic periods and the only people with the ability to stop them are reviled as less than human – but never explained in a heavy handed or detractive manner. Oh, I did I mention that it’s written in second person, which is notoriously difficult to do well and the main character is a 40 year old black woman? I could go on and on, but really all I can say is buy it, read it…now! I guarantee that you’ll love it in more ways than you can count. 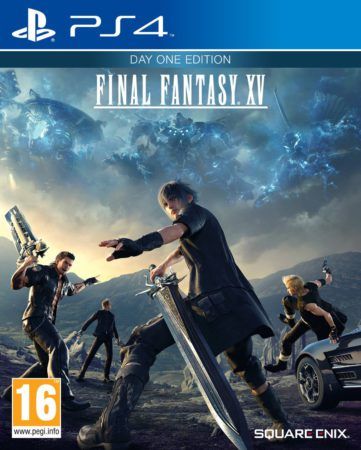 Watching the Final Fantasy series grow up alongside me, it’s hard to escape how silly it can be, particularly now it’s got all its swish graphics and Florence + The Machine soundtracking. For some reason though, JRPGs can get away with very high levels of naff dialogue and objectively bad gender stereotypes, and I’ve loved playing through the series’ latest offering. For the uninitiated, this is actually a perfect FF to jump into first-time as it melds all of the series trademarks (crystals, a monarch outside their home city, swords way too big for their bearers) with some more mainstream battle systems and you also drive a car – a total curveball for old school players who’ve spent painful hours trawling across massive “Field” maps in the older games. The story centres around a young prince, whose kingdom was destroyed by an evil empire right when he was journeying to marry a princess in a peace process. Nothing groundbreaking, but story is always secondary to spectacle and action in Final Fantasy, and this one has lots of both.

The game also has a companion Netflix film, Kingsglaive, which is well worth watching if you intend to play or if you want to get a sense for the world of Final Fantasy. 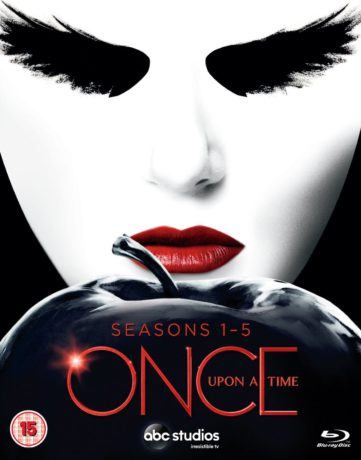 To counteract all the serious programming I’ve been watching of late (and The Handmaid’s Tale is the pinnacle of that), Once Upon a Time is a fun, silly programme that has me hooked. I know it’s kind of terrible, but it’s weirdly addictive. It’s about a group (an ever-expanding group) of fairytale (and, for some reason, Disney) characters who’ve been transferred from the Enchanted Forest to fictional town Storybrooke in the US. If the following doesn’t intrigue you/make you laugh, this is probably not a show for you:

Snow White and Prince Charming have a daughter who’s the saviour of the fairytale kingdom.

Rumpelstiltskin and Belle from Beauty and the Beast have a romantic frisson.

Elsa and Anna from Frozen turn up.

Sound like your kind of thing? Get thee to Netflix! 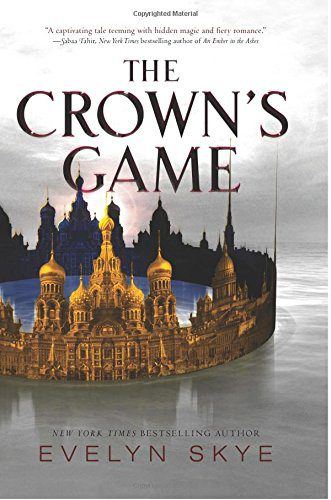 The Crown’s Game by Evelyn Skye

To my eyes there is nothing sexier than starcrossed mortal enemies enmeshed in an epic battle to either kiss or kill each other. Throw in some spellcasting, and that’s my idea of true love. The Crown’s Game delivered on all counts. It’s a historical Russian fantasy adventure about two enchanters who must compete it a deadly game in order to sit at the Tsar’s right hand. The enchantments they cast are gloriously OTT, and their relationship equally gloriously doomed. Excellent fun!