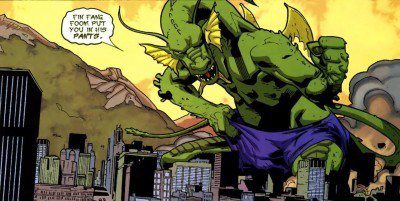 Comic books are the best gifts. If you’ve got friends and relatives hooked on the Civil War trailer…well, they’re easy. But there are lots and lots of words and pictures that you could be sharing with your less (overtly) geeky friends as well.
Here are sixteen to start with, but please, share more in the comments!

Another anthology comic – fifty contributors each tell one segment of the story of a young woman’s life. From the harrowing to the heart-warming, all the nuanced perspectives come together a way that’s simply glorious. A modern masterpiece.

For fans of: Pompidou Posse and other sublime memoirs (real or not)

How do you do zombies in a new way? Make it a first person narrative. A post-apocalyptic survivor tale with a (literally) unique perspective, it brings all the tension, horror and surprise back to a seemingly exhausted genre. 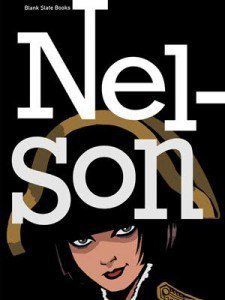 Stylised, episodic comic about… well… exactly what you would think. Semi-satirical (and hilarious), but with sneakily powerful emotional plotlines running through. Of all the super and mutants and magic, it is really just about being an awkward teen, and lovely for it.

For fans of: Calvin and Hobbes

A ghost story with twist after twist. Anya’s having a hard time fitting in, and falling down a well isn’t helping things. But she may have just found an undead BFF. Or… not? An acclaimed (and beautiful) comic about fitting in, but with seriously creepy underpinnings.

For fans of: The Ring, The Grudge,… or Point Horror

Saga’s that comic that everyone talks about. It is the Serial of comics. It has won every award. They are inventing new awards, just to give to it. A list without Saga would break the internet. And… this is all deserved. Read Saga.

For fans of: words and/or pictures

The best fantasy comic in ages (ever?). Simone and Geovani redeem this ridiculous character, turning her from pulpy eye-candy into a brilliant, conniving, nuanced and thoroughly blood-thirsty heroine. ‘The Art of Blood and Fire’ is an incredible arc, sending Sonja off ‘collecting’ various experts – from cooks to courtesans – and is easily one of the best fantasy stories (in any format) of the last few years.

For fans of: modern epic fantasy

There’s a thick haze of nostalgia here, but this year’s Archie reboot has been spectacular. I’m still not sure if this is for actual teenagers or for those of us who still act like we are, but Waid and Staples have somehow made this comic into more than a curiosity.The characters are warm and friendly, but also quirky and modern – and Staples’ art is, as always, gorgeous.

For fans of: uh… Archie? I’m just not sure, with this one, but it is great.

One Comic’s Jon Morgan got me to read this, and I may never forgive him. Zot is a superhero from a superhero world. Jenny is his friend, from the ‘real’ world. The superhero adventures are fun (a bit meta, very clever, etc), but when Zot joins Jenny back on Earth, the comic uses his alien naivete to provide (heart-breaking) commentary on our lives. It is beautiful, and wonderful, and gutting.

For fans of: Patrick Ness 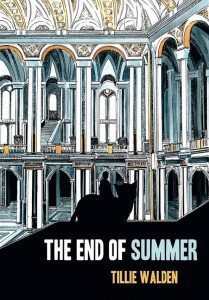 The End of Summer (Tillie Walden)

Lavish stand-alone story about a pair of twins in a decadent – possibly even noble – family, trapped in their sprawling mansion for a three-year winter. An intensely claustrophobic, and beautifully rendered, dark fantasy.

For fans of: Gormenghast

Welcome to Snowtown, where the crime is really, really weird. There are hints of tentacles. Although Fell went on hiatus, the existing volume is packed with enough atmosphere, mystery and grotesque crime to keep you entertained. A perfect collaboration between two of the best.

For fans of: Fargo, True Detective

She is, in fact unbeatable. And now she’s going to college and meeting boys and dealing with a new roommate and FIGHTING GALACTUS. Everything about this comic is adorable, if not laugh out loud hilarious. There’s joy in the details as well – as you might expect from the Dinosaur Comics guy, there are jokes hidden on every page.

For fans of: joy

For fans of: Adventure Time

Mega-dystopian (is that a word? It ought to be) SF where female prisoners take place in lethal bloodbowlly sport-combat for the sake of a reality TV audience. It is exactly as grim as you might think, and spectacularly presented.

For fans of: Fury Road 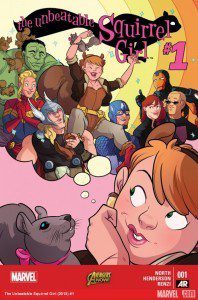 Adorable anthology comic showcasing some of the best British talent. For readers of all ages, so a great gift if you want to be the cool one. Stories range from goofy urban legends to surreal shaggy dog tales.

For fans of: Edward Gorey

One more slightly superhero-y one… A young woman develops special powers, gets picked up by a team of similarly snazzy people. Except this is more than a little postmodern, as they’re neither heroes nor villains, merely ruthlessly self-interested. An interesting exploration of the ethical ‘reality’ of superheroism.

For fans of: Jessica Jones

And, finally, a sweet one. A snarky American journalism student takes on an internship in a remote English village, complete with jaded local reporter. Charmingly romantic, and takes a quirky path to get there; with great dialogue and huggable characters. A nice glow for the season.

For fans of: Julia Roberts movies 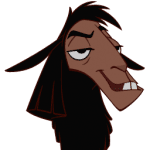 Jared Shurin is not a llama. Right? @pornokitsch