13 Dos and Don’ts for Dealing with a Witch 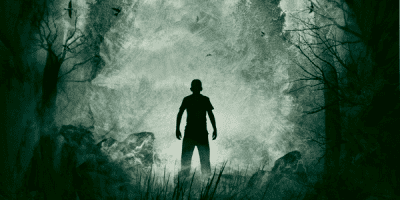 Being haunted by a witch? Thomas Olde Heuvelt has some helpful dos and don’ts for you…

So you live in a town that happens to be haunted by a witch. Since about, say, 1665. Her eyes and mouths are stitched shut and her arms are chained to her body. She walks the streets of your town day and night. She enters your home. Sometimes she stands next to your bed for nights on end.

Although she cannot really harm you, there’s one big but. If you leave town, and if you leave town long enough, her curse will start working on your mind, and you will kill yourself.

What do you do?

I mean, she’s been there all your life, and what harm did she really do? Okay, so she makes todlers cry and every now and then a two-headed baby is born, but that stuff happens anywhere. Oh, and there was that thing in 1967. The thing we call the Incident. But let’s not talk about that. It may be a little annoying, having a ghouloish figure appear in your bedroom every now and again, but you get used to it. The human mind is endlessly flexible. You can get used to anything.

Doom will come upon you if you do. At least, that’s what the neighbors say, so it must be true. Legend has it that she wants to revenge the horrors that beset her during her lifetime. Yes, you’re right that it happened over three hundred years ago, but that doesn’t change the fact that you’re pretty much screwed. So stay away from her eyes. Especially with scissors and tweezers. (The same goes for her mouth, by the way).

The ‘why’ as to when it comes to pros is simple: If your ugly secret leaks out, scientists and reporters will flood your town, and that’s an all-out recipe for disaster. So, you need pros to monitor and hide her. See that small building down the street, which used to be the former visitor centre for the State Reserve? It’s actually an extremely secret, high-tech control centre, code-named HEX. No, I’m not kidding. The red blinking lights in the trees at night? Spy cams. The reason why Twitter and Facebook are blocked? It’s them. The way your every move is documented? Yep. Sure, some basic human rights get violated in the process, but hey, who cares? They’ve taken care of everything, so just sit back and relax. The only thing you got to do is download the HEXApp and report any sightings you make. It’s really cool, it comes with GPS and all sorts of fancy stuff.

Okay, so I get that you don’t want to be confronted with her horribly disfigured face, if she happens to appear in the room when you eat dinner or read your paper. Drop a sheet over her and draw a smiley face on it – everybody loves Casper. If you don’t want to get too close, a room divider will do the trick. Eat dinner. Read your paper.

By the way, that loose stitch, in the corner of her mouth? Look carefully. You can see it tremble as she breaths, like a feather. It’s a result from the Incident – the thing that happened in 1967. If you listen, you’ll hear a voice. It’s not really words, and it’s not really a language. Listen for yourself, if you don’t believe me. But don’t say I didn’t warn you – you will end up dead.

I mean, don’t go all Inca on her and give away your child, but a peacock works just fine.

The sign of the horned hand is a good one. There are lots of things you can do with salt. Got a Nazar Boncugu? Sure, hang it. This is all superstition of course, but you never know when it comes in hand. Here are a few tips from a Sicilian housewife who knows her stuff.

Here are a few clear signs of impending horror: An owl sitting on the church’s spire. The too-fast decay of meat. Ominous lights in the sky. The woman next door painting her fence in that ugly terra-cotta.

Don’t tell me you don’t know this from the movies. Animals have a sixth sense. Probably a seventh, too. Is your pet dachshund throwing itself against the wall? She is probably behind it. Dead ermines showing up by the creek? Yeah, it’s probably her. Sheep stampeding through the streets? Evil witch whispering prophecies older than mankind. (Somebody could have left a fence open, but that’s highly unlikely.)

I know it’s kind of old-fashioned, and they haven’t changed the rules since, like, the Middle Ages, but they still count, and you never know what people will do when they get pissed or scared. And people get pissed or scared easily in your town. Let’s not go into all the details, but here’s a selection. Blabbing about Grandmother Witch to outsiders results in a one-way, three-week ticket to Doodletown, a prison cell a few miles out of town which operates as a secure environment (mattresses on the wall) whereby one will forceably experience the curse of the witch. By the end of week three, you’ll be throwing yourself against the walls trying to kill yourself; when you’re released in town the week after, you will before you blab again.

Oh yes, and there are happy public flogging events, too.

I understand you occassionally need to break the rules, like everybody does. But you don’t want the town council to start their freakshow, so make sure you do it secretly. Do not share your guerilla acts online, not even on your mobile or tablet, because it will be traced with keyloggers. Only speak about the curse IRL, not via Skype, not even if there’s a cow standing on the cable somewhere between you and HEX. What you’re doing is dangerous. So keep your secrets. That’s your ultimate middle finger to the system.

Ever. I have mentioned it before, but this I cannot stress enough. 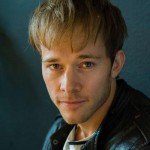