12 geeky things to do this summer 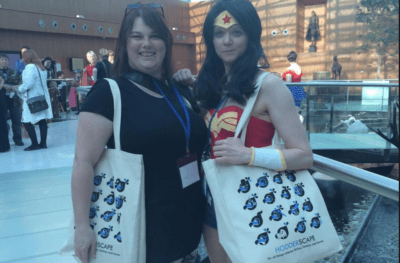 Posted on July 5, 2016 in Fun Stuff with tags Events and exhibitions

From Shakespeare to Discworld, unashamedly geeky events and exhibitions taking place this summer.

A three day event for anime fans, gamers, cosplayers and fans of all things geek. (The website is here.)

There has never been a more exciting time to be a Star Wars fan, and Star Wars Celebration Europe in London will bring fans of all ages together, from all around the world to celebrate the pop culture phenomenon that is Star Wars.

Join the Royal College of Physicians for a special evening lecture exploring the remarkable objects in the RCP’s ‘Scholar, courtier, magician: the lost library of John Dee’ exhibition, with talks from Wellcome Library and Science Museum experts William Schupbach and Katie Dabin.

YALC is a celebration of the very best books for young people – and fans of young adult fiction will once again have chance to meet favourite authors, discover new books, listen to inspiring talks, take part in hands-on creative workshops, meet agents and publishers – and much more!

This year YALC will have over 80 authors joining them for three packed days of talks, workshops and activities.

The Edinburgh International Book Festival began in 1983 and is now a key event in the August Festival season, celebrated annually in Scotland’s capital city. Biennial at first, the Book Festival became a yearly celebration in 1997.

A landmark Shakespeare exhibition on the performances that made an icon, charting Shakespeare’s constant reinvention across the centuries.

Sarah is an intern at Hodder and is enjoying getting a taste of the publishing world. She enjoys reading books with a memorable and unique voice, that give a powerful message to its readers. She enjoys cooking and baking, and owns a rather large collection of scented candles.
Tweet her @sarah_jkennedy