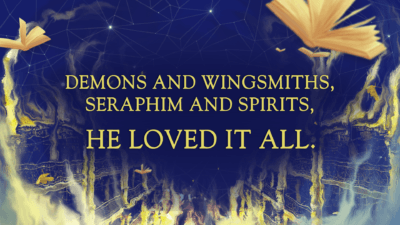 Posted on May 2, 2017 in Fun Stuff with tags Laini Taylor, Strange The Dreamer

It’s no secret that Laini Taylor writes some truly gorgeous prose, and never more so than in her bestselling new novel Strange The Dreamer. When we first read the book in digital manuscript form, we couldn’t resist highlighting some of the most heart-stopping, haunting and downright beautiful lines, and we thought we’d share some of these with you now…

1) They would say she hadn’t shed blood but wept it. That she was lewd, tonguing her teeth at them, upside down and dying, that she vomited a serpent that turned to smoke when it hit the ground. They would say a flock of moths came, frantic, and tried to lift her away. That was true. Only that.

2) There were two mysteries, actually: one old, one new. The old one opened his mind, but it was the new one that climbed inside, turned several circles, and settled in with a grunt—like a satisfied dragon in a cozy new lair. And there it would remain—the mystery, in his mind—exhaling enigma for years to come.

3) “The library knows its mind,” old Master Hyrrokkin told him, leading him back up the secret stairs. “When it steals a boy, we let it keep him.”

4) He drifted about with his head full of myths, always at least half lost in some otherland of story. Demons and wingsmiths, seraphim and spirits, he loved it all.

5) Sarai was seventeen years old, a goddess and a girl. Half her blood was human, but it counted for nothing. She was blue. She was godspawn. She was anathema. She was young. She was lovely. She was afraid.

6) His nose was broken by a falling volume of fairy tales his first day on the job, and that, they said, told you everything you needed to know about strange Lazlo Strange: head in the clouds, world of his own, fairy tales and fancy.

8) That was his dream, daring and magnificent: to go there, half across the world, and solve the mysteries for himself. It was impossible, of course. But when did that ever stop any dreamer from dreaming?

9) Here, captured between covers, was the history of the human imagination, and nothing had ever been more beautiful, or fearsome, or bizarre. Here were spells and curses and myths and legends, and Strange the dreamer had for so long fed his mind on them that if one could wander into it, they would discover a fantasia.

10) Beautiful and full of monsters, she’d said. All the best stories are.

11) And that’s how you go on. You lay laughter over the dark parts. The more dark parts, the more you have to laugh.

Any of your favourites we’ve missed? Feel free to let us know in the comments! 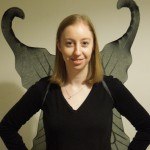