11 amazing things we saw at YALC 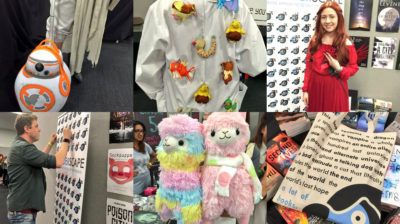 Posted on August 2, 2016 in Books with tags Events and exhibitions

This weekend we attended the Young Adult Literature Convention. We came, we saw, we snapped pictures of amazing cosplay. We covered people in dodos.

Here are some of the best things we saw at YALC…

Caveat: we spent most of the weekend on our stand, so our view was somewhat restricted! 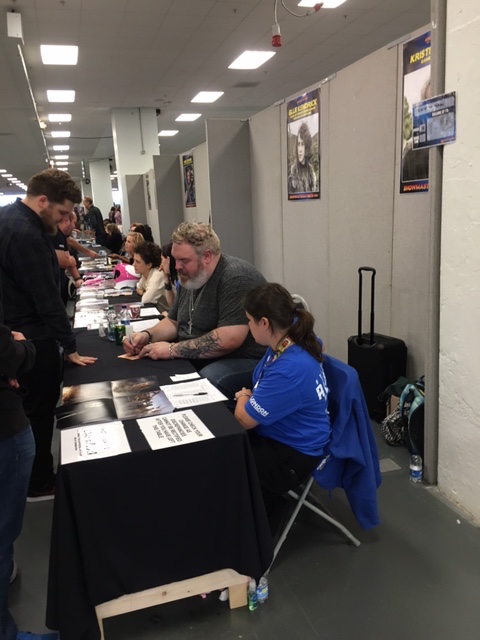 Initially these were mistaken for llamas, but we were swiftly corrected.

Available for purchase at Modcloth!

4. Daughter of Smoke and Bone cosplay

She stunned us with her hamsas.

There is some STRONG accessorising at #ComicCon2016 pic.twitter.com/JUQKQ0xYAu

6. Someone cosplaying as Eo from Red Rising

We found a Pokemon Lure! pic.twitter.com/mwnm9FntrE

It's a human Lure! #ComicCon2016 pic.twitter.com/KIkkhcUFqn

We didn’t know whether to throw a ball at him, or take pictures. (We took pictures)

Delicious and definitely not nutritious.

The lucky winners of #Caraval! pic.twitter.com/Fr7rJ9N7u1

Dodos are the new black.

11. And, if we do say so ourselves, the new Hodderscape tote bags are pretty fly…

After a journey rivalling Lord of the Rings, our new tote bags have arrived at @yalc_uk! pic.twitter.com/WNaJAtDeyQ