10 of the most scene-stealing musical moments in Buffy 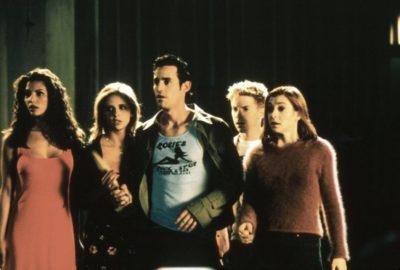 Posted on March 9, 2017 in Fun Stuff with tags Buffy the Vampire Slayer

The 90s was a magical time for music.

Buffy the Vampire Slayer has the most amazing soundtrack. It shifts from 90s grunge to trip-hop to pop-rock without batting an eye. If you’re a Buffy fan, chances are you own all of the soundtracks (Radio Sunnydale’s my favourite), listen to songs on repeat, and know exactly which episode has which song in it. I’ve slogged and struggled and narrowed down my list of the most amazing songs to a mere ten, based on how much they rock and how important they are to the scene. I’ve know I’ve missed a load off and I keep thinking up others to include, but I had to stop somewhere!

In no particular order:

The main redeeming feature of this episode. The perfect song for a grungy karaoke session. Actually makes Xander seem cool, which is a pretty big feat (apologies to Xander fans).

Spike is stalking Buffy on the Bronze dance floor. She’s dancing with the Scoobies and Spike’s interest in Buffy is clear, setting up their relationship 4 series’ later.

Sugar Water by Cibo Matto
Episode: ‘When She Was Bad’, Season 2 Episode 1

Buffy deals with trauma in her own way. This time it involves grinding on Xander. I dare you not to sing along to the chorus.

The perfect marriage of song and character, and Drusilla looks particularly amazing in red.

This musical moment really moves the plot along. Not only do we have Tara leaving Willow, Giles returns home to England and Buffy and Spike have an epic snogging session in The Bronze like lusty teenagers.

As the title implies, this is entirely exposition-focused. I love it because:
1. The chorus is pretty epic
2. Buffy’s main composer Christophe Beck is visible playing the piano – he’s pretty prolific in the soundtrack scene. For context, he’s worked on Frozen, The Hangover and Hot Tub Time Machine. Quite the CV.
3. Anthony. Stewart. Head.

This appears twice in the episode – once at the start and once at the end – and it really brings the whole episode together. Lots of plot points are revealed during this episode, so it’s great to have some continuity to show the devastating impact of The First’s big reveal, and the song’s mellow mood acts as a great counterpoint to particular brutality (*sob* Jonathan’s murder).

Piano often makes me cry. Using this music alongside footage of Buffy’s sacrifice at the end of series 5 just breaks me every time.

As this is an almost entirely speechless episode, the music becomes very important to inform the tone. Accompanying Giles’ terribly-drawn slide projector presentation of The Gentleman, Danse Macabre adds an air of the creepy and the hilarious to a scene that could be quite sombre in anyone else’s hands but Joss Whedon’s.

Rest in Peace
Episode: ‘Once More with Feeling’, Season 6 Episode 7

Once More with Feeling contains a plethora of brilliant songs, and Dawn’s Lament. Rest in Peace is my personal fave, and not just because of the mad Spike crush I had as a teenager (who am I kidding? I still love Spike). It’s a rock ballad and James Marsters can truly sing – in an American accent, clashing a bit with usual British Spike – but it’s still an awesome song.

Let us know your favourites in the comments! 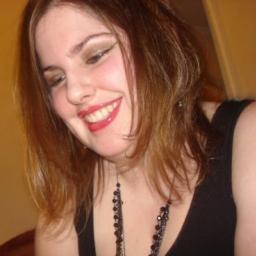