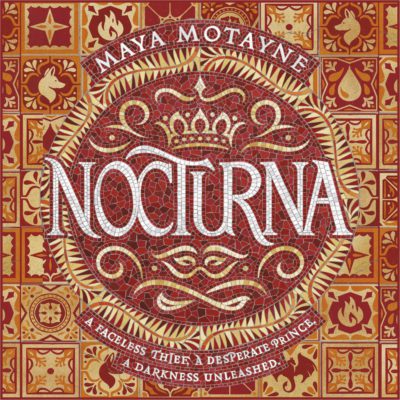 Prepare to be swept off your feet by Nocturna! We were so enthralled when we discovered this beautifully written, incredibly lush Latin-inspired fantasy by Maya Motayne. The writing is so evocative and rich and we loved the way that magic is portrayed within the story. But don’t just take our word for it!

Here are ten of our our favourite magical descriptions which will make you want to dive into Nocturna:

1. ‘Magic could not speak, yet interacting with it felt like a conversation, a dance, a story shared with a friend with the ending left up to interpretation.’

2. ‘Finn walked on, passing a stall of jewel-toned gowns and skirts. She watched a woman tug a dress over her clothes. When she twirled, it changed from bloodred to a rich blue. “For that price you get three colours, you want more the price doubles!” the vendor said. . . . Earlier she’d even seen a water charmer performers dancing in the street, winding ribbons of dyed water through the air like bolts of coloured silk.’

3. ‘Alfie’s shadow zoomed excitedly about his feet like a dog fresh from a bath. That was the one disadvantage of having propio magic – your moving shadow betrayed your feelings.’

4. ‘The stone tower held two clocks, one above the other. The scarlet clock face spoke of time in hours and minutes, its hands a glimmering gold. The one of blue-tinted glass charted the movement of the sun and the moon, its silver hands ticking ever closer to the upcoming equinox where night and day would share time equally, like a pair of lovers would share dessert.’

5. ‘Alfie stepped forward and gripped the doorknob under his palm. He let his magic change from its usual royal blue to a bright orange – the colour that would take him where he needed to go.’

6. ‘Magic was a mask Finn had slipped over her head so many times, she’d almost forgotten what her own face looked like. But that was just how she liked it.’

7. ‘As he sat in the octagonal parlour and looked around the table of masked players, Alfie could see nothing but coloured magic that moved through them with dark intentions.’

8. ‘A man of dark and a woman of light embraced to become one, the man of dark falling and stretching at her feet to become her shadow. Their embrace created mankind as it was always meant to be – a balance of light and dark. From that balance, magic was born and the world finally found its footing.’

9. ‘As a child, Dez would carve animal figurines out of wood­–web-toed water foxes, quilbears, red-bellied wolves. When he finished a carving and held it in his hand, it came to life. There was no other way to describe it. The wolves would chase their tails, the puffer pigs would puff up to twice their size when startled, the quilbears would raise their hackles. Each figure had its own personality, its own will.’

10. ‘With a great shattering, the magic splintered and broke into countless pieces in his hands. It fell through his fingers in a fine silver sand. As Alfie lost consciousness and fell tumbling into the darkness, he finally knew the word to describe this magic. Hungry.’

Can’t wait to read Nocturna? Fortunately the wait is finally over. . .

Nocturna is out now in paperback, eBook and audio. 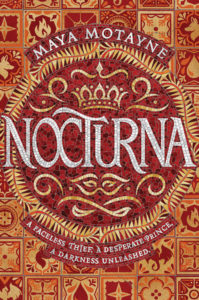 Magia Para Todos; Magic for all.