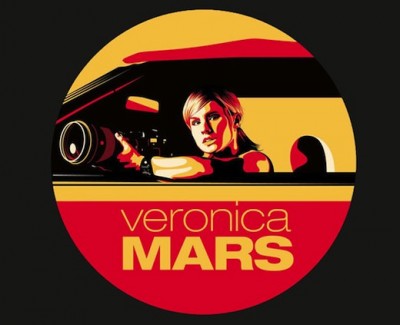 Posted on March 17, 2014 in Film with tags Film, Review, Veronica Mars, Weekend Round Up

It’s hard to believe that television show Veronica Mars first hit the small screen ten years ago this year. The show, about a flinty teenaged girl who helps out her PI father in her free time (and solves a fair few mysteries herself), was on the air for three seasons – one superb, one very good, and one very uneven – before being ignominiously cancelled by the network. But hope springs eternal, and when series creator Rob Thomas announced a Kickstarter in March 2013 to try to fund a film sequel, it reached its goal ($2 million) in ten hours, breaking Kickstarter records along the way. (It eventually raised close to $6 million.) 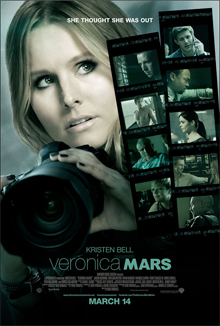 A year and a day later Veronica Mars (the film) was released in cinemas and, a day after that, I was in a cinema, watching it. (There are no spoilers below, I promise.)

From a purely critical standpoint, the film is good, not great – the acting is, as it always was, superb; despite the seven years between the last time Veronica, Keith, Wallace, Mac, Logan, Dick (et al.) appeared on screen and now, the characters slipped straight back into their easy (and uneasy) chemistry; all had grown up and grown older, and age gave them all new depth. That said, the mystery itself was underserved, over-complicated and ultimately disappointingly solvable. But there were some wonderfully suspenseful sequences, and two genuinely shocking moments, and the film’s emotional payoff was both well-earned and meaningful. So: good not great.

But I simply can’t respond to this film from a purely critical standpoint. I’m a fan. And I loved it. It was more than welcome to slip back into the sun-drenched darkness of the Veronica Mars world, even for a few hours; to spend a little more time with one of the few tv characters I’ve ever genuinely related to. (Much as I loved Buffy, I never had the same connection to her that I do to Veronica.) 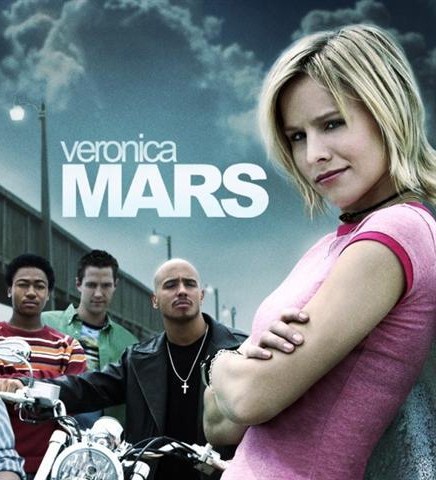 It’s tempting to think of the film in purely personal terms; after all, I’ve changed a lot in the seven years between the end of the show’s third season and the premiere of the film. Wonderfully, the film makes the most of that distance; the characters have also aged and changed, perhaps less than they’d care to admit, but more than they know.

Veronica Mars was always at its best when it played off the tensions between the past and the present, and the film makes the most of that, explicitly couching Veronica’s return to Neptune in terms of addiction and backsliding. But the person she worked so hard to become outside of Neptune and the person she is in Neptune aren’t so very different, not really, and the film does Veronica no disservice by having her make peace with that fact. And making peace with the past is the first real sign of maturity, for Veronica as for all of us.