On Saturday it was the 40th anniversary of Stephen King’s iconic Carrie. Over the last few days and throughout this week, Reader Dad has been leading the celebrations with a series of features and reviews from authors and bloggers. There will be pieces from our very own John Connolly, Nnedi Okorafor and Sarah Lotz coming up, and you can view the full schedule here.

The Guardian have also been celebrating the anniversary with an article about “How Carrie changed Stephen King’s life, and began a generation of horror” featuring John Connolly, James Smythe and Sarah Lotz. They also published an extract from On Writing in which Stephen King talks about the inspiration behind Carrie and how this seminal horror novel was nearly destroyed.

We’re also joining in the celebrations with a giveaway! We’re giving away the 2011 paperback, the 2013 film tie-in edition, the 1976 film starring Sissy Spacek and the 2013 film starring  Chloë Grace Moretz. To enter just re-tweet this tweet and tell us your favourite Carrie memory. Whether it’s reading Carrie by torchlight as a teenager, or jumping out of your seat at the cinema, we want to know! 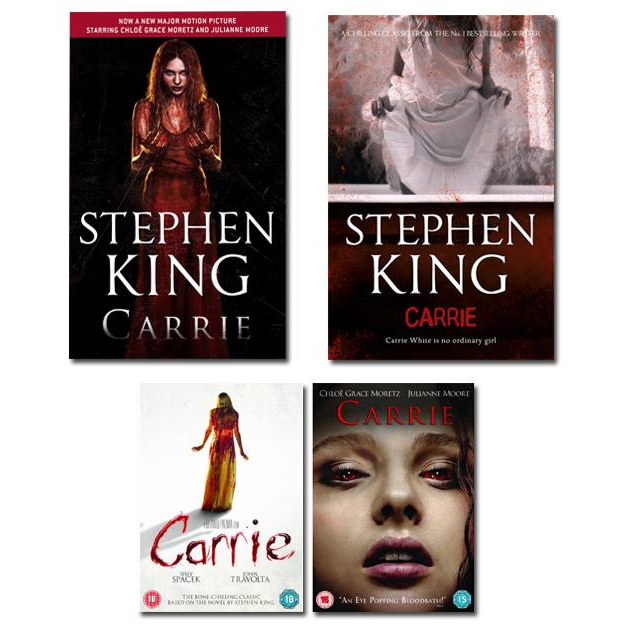