Thirteen Amazing Facts about the Arctic

Zodiac Station by Tom Harper will be publishing in a week’s time! While the author himself is off on a top-secret research trip exploring the location for his next novel, let’s find out a little more about the arctic, where Zodiac Station is set. 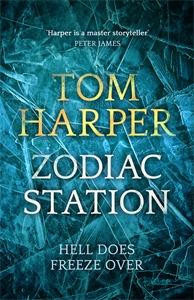 Ever wondered when and how ‘arctic’ should be capitalized? Me too. Happily, Arcticisms is here to answer the question. (Briefly: sometimes.) (Also, Antarctic is always capitalized.)

The word ‘arctic’ comes from the Greek ἀρκτικός (arktikos), ‘near the Bear, northern’ and that from the word ἄρκτος (arktos), meaning bear.  This may be because the constellation known as Ursa Minor (the Little Bear – you might know it as the Little Dipper) contains the Pole Star. The Pole Star (so called because it’s the brightest star closest to the northern celestial pole) is also known as the North Star and has been used for navigation for thousands of years because it is the only star that doesn’t seem to move in the night sky. (Because it’s aligned with the planet’s axis of rotation. Science!) 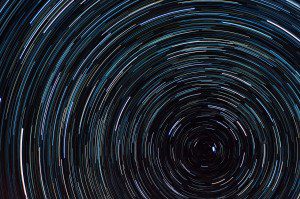 ittle moisture in the air – less even than in the hottest deserts on earth. This is because it’s so cold whatever moisture there is freezes and falls to the ground. A bonus fun-fact is this: it’s the moisture in the atmosphere that seems to make stars twinkle.

No country owns the North Pole. (Santa’s claim of ownership via adverse possession is currently pending.) Nor does the North Pole have a time zone. Polar expeditions use Greenwich Mean Time or the local time of the country from which they departed.

As per Wikipedia, the North Pole is ‘defined as the point in the Northern Hemisphere where the Earth’s axis of rotation meets its surface. It should not be confused with the North Magnetic Pole.’

Polar bears have been seen within a mile of the North Pole. Santa beware.

Speaking of polar bears – those suckers are mean. They’re the ‘most carnivorous members of the bear family’ (yikes) and have been known to stalk seals for hours before grabbing them with their nightmarishly sharp claws and crushing their skulls. Seriously, Santa, watch out. 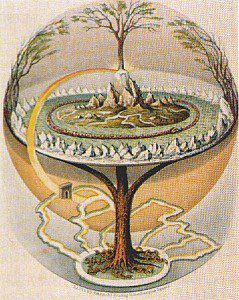 From the 16th century on, explorers sought to cross the North Pole believing there was a sea at the top of the world. They all failed. While the North Pole, unlike the South Pole, doesn’t sit atop a land mass, the ocean there is permanently covered in thick – very, very thick – ice. This means that permanent research bases can’t be constructed there, because the ice is constantly shifting around. (Crush crush.)

I fell down an internet rabbit-hole trying to learn enough about Norse mythology to make a claim that one of the nine worlds, Niflheim (‘the realm of mist’), is meant to be the arctic, but failed. What I did learn, however, is still pretty cool. The nine worlds are layered in three levels and are joined by Yggdsil, the tree of life; Midgard (middle earth) is where the humans live and is, surprisingly enough, right smack in the centre of everything. Niflheim is the land of ice and located to the north of Midgard, still in the middle layer. A dragon called Nidhug hangs out there. As do the frost giants and the nibelungs (treasure-hoarding spirits). Also, possibly, the spirits of the dead who haven’t died a heroic death.

There’s a shortcut between Midgard and Asgard, the world where the gods hang out: it’s the Bifrost, or rainbow bridge. You might know it as the Milky Way. You might also know it as the crazy thing that Idris Elba (as Heimdal) jumped off of to stab a spaceship with a tiny magical 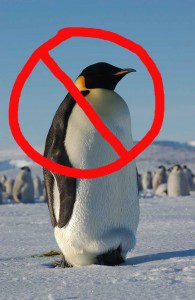 dagger in Thor: The Dark World.

Zodiac Station, the titular research base in Tom Harper’s novel, is situated on the fictional island of Utgard. Not that being based on dry land (so to speak) makes it that much safer… There may not be grumpy Norse dragons around, but there are polar bears. And worse.

PS There aren’t any penguins in the arctic.

PPS I found a website that claims that Heaven is located at the North Pole. I guess it really is a place on earth!

And don’t forget, ‘Polar Vortex,’ an exclusive short story that ties into the events of Zodiac Station, is currently free wherever fine ebooks are sold.