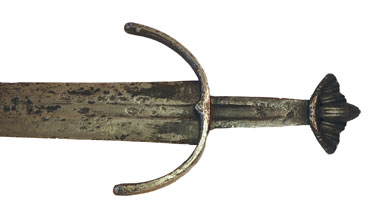 Brainstorming covers is one of the most fun parts of the publishing process. Today we’ll talk you through our thoughts about Daniel Polansky’s cover for Those Above.

Far and away, one of the most fun aspects of publishing a book is working up the cover design. I probably don’t need to stress how important a cover is; an arresting jacket can make you pick a book up off the shelf and read the description – and if you like the description, odds are you’ll think very seriously about buying the book.

And a truly iconic cover can take on a life of its own.

But there are a lot of considerations to take into account when designing a cover. Who is the target audience for the book, and will the cover speak to them? If it’s epic fantasy, for example, you don’t want the cover to remind readers of The Very Hungry Caterpillar.

Although this would make an awesome book.

And, of course, we want to make sure that the cover actually speaks to the book itself – whether it features a character from the book, or a scene, or something iconic (like a sword). For Rebecca Levene’s Hollow Gods series, we knew we wanted something strong, graphic and striking that incorporated a waxing crescent moon (the moon motif will recur on the covers for all the books in the series) and a flying animal (for Smiler’s Fair we decided on a vulture, as there are giant birds of prey in the novel). 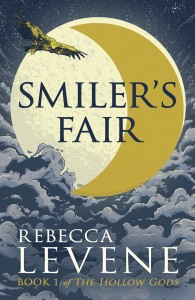 So the challenge is to design a cover that’s recognizably of its genre, but also eye-catching and incorporates elements of the novel itself. No problem, right? Well, let’s talk through the process for Those Above!

(We haven’t told you much about Those Above yet, so what follows is a bit of a sneak preview.)

Essentially, there are two races in Those Above: a sort of super-human elvish race, who live in a mountain stronghold amidst objects and architecture of great beauty and craftsmanship, and the humans themselves, a subjugated race who live on the lower slopes of the mountain. Twenty-five years before the novel opens, the humans rose up against ‘the Others,’ and were defeated. A single man, Bas, defeated one of the Others in combat, and took the sword of his foe as a trophy. This sword, unlike those shaped by human hands, is an extraordinary work of art:

The pommel, in the fashion of the Others who loved all thing avian, was a hawk with wings extended. The hilt… was beautifully crafted and the  eyes sapphire. Yet it was the blade that rendered the weapon priceless, sharper and stronger than anything even the finest human smith was capable of crafting. A few of the other hoplitai, veterans of the war against the Others, carried with them smaller blades of similar make, daggers and hand axes, but none could claim a treasure equal to his. Bas spent a few minutes sharpening the foreign metal, glimmering folds and vermillion hue, ever so slightly darker than that of human blood.

This passage immediately suggests itself as cover inspiration: a sword with an artful hilt and a blade of unusual colour, with major thematic significance to the novel.

To suggest the division between the humans and the Others, which is obviously also a major part of the novel, we eventually briefed a cover that will show a sword protruding from a pool of water. Above the waterline we’ll see that beautiful hilt and pommel, and a flash of that vermillion blade; below the water, however, the blade will be the scarred and pitted iron suggestive of human craftsmanship. 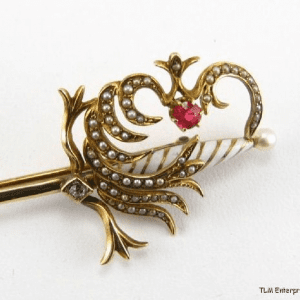 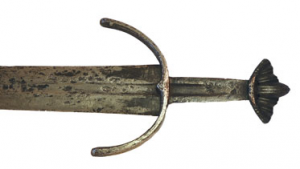 (But you’ll have to wait a little while longer before we show you the final product!)