How to Pitch a Book 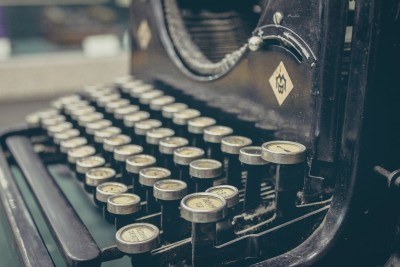 Posted on February 1, 2016 in Fun Stuff with tags writing

Written a book? Need to pitch it to an agent or an editor (or a beta reader?) How do you do that? Hodderscape is here with some helpful tips (and some bad pitches for Pride & Prejudice).

Literary agencies Curtis Brown and Conville & Walsh hold an online event, #PitchCB on Twitter, every fourth Friday of every month. You tweet your pitch using the hashtag; if an agent likes it they hit the much-ballyhooed like button and you’re thus invited to submit directly to that agent. It’s a brilliant idea.

I spent all last Friday, the most recent #PitchCB day, watching the hashtag on Twitter, and I was riveted. Lots of the pitches were very good, but many… well, they could have used a little work. So today seems like a good day to talk about pitches, and offer a little advice if you’re not sure how to get started.

Here are the rules, which I’ll explain at length below:

What kind of book have you written? Who have you written it for? You may have written the most perfect, not-any-one-marketing-category novel of all time, but that doesn’t matter. You’ve got to pitch your book as something because, if you get a publishing deal, your publishers will have to do the same  in order to sell it. Genres are how people discover books. Bookstores rely on selling books according to genre, so we’ve got to give them a genre to sell your book in. Amazon does the same – genre categories are assigned to every book on the site.  So pick a genre and embrace it and your potential readership!

My advice to you is: develop a strong one-  or two-line story in your book’s genre. This is a bit like when you had to write essays in school and come up with a one-line thesis statement. And it’s hard! Let’s talk about how to get that sentence right.

You’ve got to be efficient. No one has much time in this industry; if you’re pitching a book at someone, odds are good that you’re pitching multiple books at them, and/or you’re not the only person pitching at them. They probably don’t have a lot of time, either. So you can’t wibble. Go in knowing exactly what you’re going to say, and say it. No wibbling!

The common suggestion is to prepare an elevator pitch – that is, pretend you’re in an elevator with someone to whom you may pitch your book, but you’ve only got as much time together as it’ll take the two of you to ride from one floor to another.

But I think our friends at Conville & Walsh and Curtis Brown have got it right – instead, prepare your Twitter pitch. Pretend you’ve got exactly enough time to get a single sentence about your book out of your mouth and into your audience’s ear. You’d better make that sentence a good one…

Your pitch must be memorable. No one has much time, and everyone in this industry has books pitched at them constantly, so you want your book to stick in the memory of the person you’re talking to. ‘A tale of love and laughter in Paris’ will sound exactly like every other romance novel that person has ever had anyone talk to them about. ‘Neil Gaiman meets Game of Thrones in an intriguing real-world fantasy’… sounds like every other urban fantasy novel ever. What makes your novel different?

But your pitch must also make sense. You haven’t got enough time in your pitch to include all the novels elements, so strip your book down to its barest bones. Make it clear in your pitch what kind of novel it is and what’s at stake.

For example, say you’ve written a sexy thriller about a serial killer and the PI, Jill Wentworth, who’s trying to track him down. There’s a strong romantic subplot as she falls in love with the brother of one of the victims, who’s also her prime suspect. Here’s a sample pitch: ‘A serial killer is haunting the city. And PI Jill Wentworth is next on his list.’ A different angle on the same material: ‘PI Jill Wentworth is on the trail of a killer… and she might be falling in love with him.’ Both highlight the important elements of the book: serial killer, lead female character who’s a PI, but the former goes for thriller while the latter leans more heavily on the sexy romance. 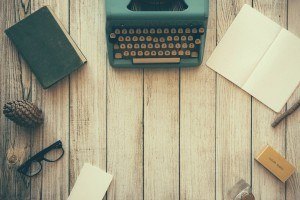 But there’s another danger: the temptation to be too reductive at the expense of your pitch’s story. Twitter’s been around for a while now, and it’s changed the way we talk about the media we consume, which is now often reduced to a few zingy words and hashtags. You might be tempted to work up a pitch line that’s very cinema-trailer-voiceover word-salady, e.g. ‘Cowboys. Shotguns. Dust. Death. John Wayne meets Neil Gaiman in Paradise, Arizona.’ That sounds nice but doesn’t say anything, or tell a story.  Resist this temptation!

Comparisons are a good way to convey a lot of information efficiently, but they pose a different kind of danger. You’ll be tempted to include the biggest, broadest comparisons (see ‘John Wayne meets Neil Gaiman) but if something’s too big, too broad, it becomes meaningless. And your potential agent/editor/reader has heard that comparison (or some version of it) a thousand times before. So if you do decide to go the comparisons route, find a well-known but not super-famous comparison. If you’re pitching a fantasy novel, try to avoid likening it to Game of Thrones. Be more specific. Find a novel, author or series that’s done well but hasn’t supersaturated the mass market – this proves that there is a market for your novel, but also that you’ve thought seriously about your comparisons, and that there’s still an appetite for your kind of book.

You might also be tempted to join up a few really strange comparisons: Jilly Cooper meets Star Wars. Ken Follett meets A Game of Thrones. The American Gods of Tahiti. If you do this, make sure you’re selling the book you’ve written. If you pitch me Jilly Cooper meets Star Wars (which sounds awesome, by the way) and I ask to see it and find it’s actually a Very Serious Military Science Fiction Novel, I won’t be very happy about it. Pitch what you’re actually selling – don’t just tell me what you think I want to hear.

Finally, don’t wibble! I’ve said this before, and I’ll say it again. Nail your pitch so you don’t flail around if you have the opportunity to deliver it to an industry person. If your audience likes your Twitter-pitch, they may invite you to tell them more about the book. You’ll want to have prepared something for that, too, but we can leave that subject for a different day.

Your one-line pitch – elevator or Twitter or whatever – is your chance to get your foot in the door.

Pitching is an art, and one that requires practice. I have to pitch books all the time – to my colleagues, both in editorial and in other departments during the acquisition process, as well as to agents, other editors, scouts, booksellers and readers. I spend a lot of time thinking about the best  way to distill a book’s essence down to its most memorable, interesting parts. All I’m looking to do is get someone’s attention; once I have it they’ll invite me to tell them more about my books, and it goes from there.

So getting a pitch right is important, from the very beginning.

As an exercise I’ve tried to come up with some Twitter-pitches, following my own rules, for Jane Austen’s Pride & Prejudice. Got a better one? Pitch it to me in the comments!

As you can see, perfecting a pitch is not as easy as it seems. That’s why it’s vitally important that you work hard on your pitch and practice it. It’s going to take some work to refine it, but once you nail it, you’ll be head and shoulders above everyone else.

A side-note about knowing your audience:  if you have the chance to pitch to a professional, do your research first and tailor your pitch to that person and his or her specialties.

Who are you pitching your book to? If your book is a romance novel with supernatural elements, and you’re pitching it to me, do your research – some time spent on google will turn up the fact that I commission SFF, so you’d want to big up the supernatural elements. But what if you’re pitching it to an agent who specialises in romance? Big up the romance. This will serve you well in the future, and also save you from pitching your book to someone who just isn’t interested in the kind of book you’ve written.

At the end of the day, however, you might not have the chance to research the person’s taste ahead of time – that’s why having a really strong pitch you can bust out at a moment’s notice is so important. You never know when the opportunity to give it will arise.

9 comments on “How to Pitch a Book”