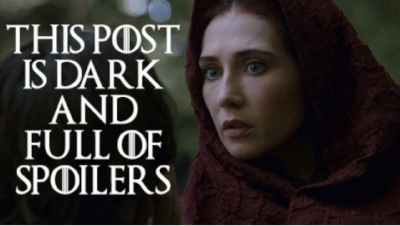 Posted on April 16, 2019 in Fun Stuff, Review, Television with tags Fantasy, GOT, Game of Thrones

The first episode of Game of Thrones final season has landed and the Hodderscape Team couldn’t be any more excited. We asked the team for their first reactions, favourite moments and want they want to see from the rest of the season.

And +10 bonus points for this GoFundMe page: http://fal.cn/AstA

Overall, I think it was a really strong start to the final season. Plenty happened and there were quite a few ‘ooh’ moments. I did find the extended dragon flying scene a little long and pointless, but perhaps there was a reason for it which will become apparent later. Daenerys got on my nerves as per so I’m hoping now that Jon knows he’s actually Aegon Targaryen, he’ll swipe that dragon he was making eyes at over her shoulder and fight her to death for the Iron Throne. Wishful thinking?

I really loved the first episode! I think it was a great way to kick off the eighth and final season. It’s the calm before the storm but has enough big reveals, set-ups and hark-backs to satisfy viewers of all shapes and sizes. I’m particularly looking forward to seeing where all the Arya-Gendry flirtation takes us – after all the murder, trauma and the face… stuff, I feel like Arya really just needs something good in her life for once, y’know? And please, internet, keep it coming with the Bran memes – I cannot get enough.

I really enjoyed the first episode! It contained lots of brilliant reunions and I especially loved Jon and Arya’s meeting which felt very emotional (and I loved Arya’s brilliant response to Jon when he asked if she has ever had to use Needle, ‘Once or Twice’. You know nothing Jon Snow.

We were also left on a tense cliff hanger with the meeting of Jamie and Bran… that is going to be awkward! I felt like this was a really good builder episode in anticipation for lots of action to come (hopefully) – we need to actually see a White Walker soon right?

I loved the scenes with the dragons, that was epic! But what will Jon do, now he knows the truth about his lineage? I personally think Jon isn’t power hungry enough to go after the Iron Throne and I hope he stays loyal to Daenerys. I can’t wait to see what will happen next.

This first episode was a largely jolly return to Westeros and catch ups with the key characters (great new outfits Dany and Cersei). The ‘reveal’ about Jon and Dany felt a bit anti-climatic as we’ve all known it was coming for SO LONG. Sad Sam Tarly made me realise that actually, his terrible relationship with his father is pretty good by GoT standards. Best AND worst moment has to be the terrifying wight-child wheel, which fills me with fear for the future.

I don’t buy Jon and Daenerys love at all – where’s the chemistry? I have however found love for Sansa  – nothing gets past her. I can’t help but laugh every time Bran appears on screen with his wise facial expressions – gives me a giggle. A nice easy introduction to the new season, setting us up for the chaos that’s to come i.e when Jon breaks it to Daenerys that he’s the boss. Loving it.