This month we upped sticks and moved into our new offices in Hachette Towers – we’ve been pretty distracted by swirly bookshelves and diabolical raptors, but not so distracted that we’ve not had time to read. Here are the best things we read this month… 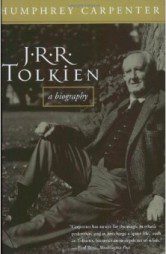 At long last I got my hands on Humphrey Carpenter’s biography of JRR Tolkien. It’s not only an excellent literary biography giving wonderful insights into the childhood landscapes and languages that inspired him, the tragedy of the First World War that took so many of his friends and the Roman Catholicism that sustained him, but the book is rammed full of fun facts: for example he could recite much of the Canterbury Tales from memory; he had a penchant for colourful waistcoats in an otherwise drab, tweedy wardrobe; Frodo was going to be called ‘Bingo’ before Tolkien decided the name too frivolous; he hated the Norman Conquest as if it had happened yesterday, considering it had Frenchified our native Anglo-Saxon culture, and, by extension, he had a prejudice against French cooking. 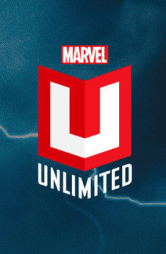 ALL THE COMICS aka Marvel Unlimited

After a lot of hemming and hawing, I finally broke down and treated myself to Marvel Unlimited. And it’s great. So I’ve been reading a lot – and I do mean a lot – of comic books lately. I’m a Gambit (of the X-Men) fan from a long time back, so the first thing I did was whip through his various series. Of them, I most enjoyed the still-ongoing Gambit series from 2012, which combined a good mix of humor and action, and doesn’t rely too heavily on his stupid ‘accent’. I also caught up on X-treme X-Men (ah, the 2000s) and Runaways, which I had really liked a few years ago but then lost track of, as well as Ms. Marvel, which is great. I’m currently in the middle of Exiles, which ran from 2001 to 2008. It’s a crazy alternate universe starring a bunch of second-run characters, like Nightcrawler’s daughter (!) – all from other alternate universes – trying to save the day in a world where Professor X is… not quite the way you might remember him. The art’s very 2001, but the stories (by Chris Claremont) are fun and the series has a great deal of energy and a nice sense of humour. I’m trying to avoid bingeing on Daredevil to make up for the Netflix series being over (the Daredevil comic often steers too dark even for me; all my memories of Daredevil seem to revolve around yet another one of Matt Murdock’s girlfriends being killed) and plan to check out All New X-Factor next. Any recommendations? 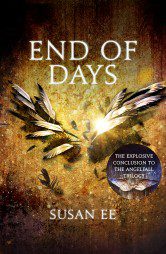 End of Days by Susan Ee

I’ve been waiting a year and a half for the final part of Susan Ee’s amazing Penryn & the End of Days trilogy, and End of Days certainly did not disappoint! I won’t go into too much details so as not to risk spoilers, but let’s just say, it’s dark. Really, really dark. Seriously – if you thought that the half-man/half-locusts and demonic children from Angelfall were freaky, wait until you come across the flesh-eating shrunken heads Penryn faces in the depths of hell… *shudders*

Prepare yourself: End of Days is coming in ebook and paperback in May. 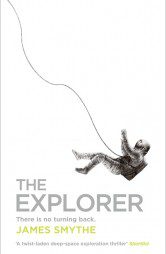 The Explorer by James Smythe

Confession: I’ve always been a bit disappointed with space. Because, like 99.9% (rounded down) of the world’s population my main interaction with space is via the medium of film, television and Saga, I’ve always been a bit unimpressed by IRL happenings in space. Why haven’t we achieved more? Why are there only six people in space right now? Why aren’t we sipping Orangina on Mars yet? Anyway, minus the Orangina, this is kind of what The Explorer is about: how our fascination with space exploration might be reignited once again.

Funded by a global corporation supergroup, a crew of explorers are sent on the first manned mission into deep space. Nothing goes to plan – and I’m not saying any more than that because this book is weird. Wonderfully, wonderfully weird. At times it felt like a Gravity-esque thriller (except with much better dialogue), and at other times it warped into a gothic horror where the haunted house is a spaceship. It’s incredible – though I’m now not disappointed in space, I am terrified of it.

Bonus: we’re publishing James Smythe’s YA novel Way Down Dark in July. It’s dark, insanely gripping and has an ending that will knock you for seven. 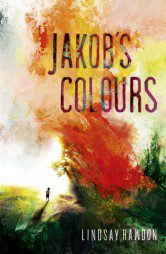 The best book I read this month is hands down Jakob’s Colours by Lindsay Hawdon.   It is such a beautifully written, heart wrenching book that I would recommend to anyone.   I genuinely couldn’t put it down!