Posted on July 24, 2014 in Books with tags Audiobooks, Clan of the Cave Bear, Jean M. Auel

We’re delighted to host a piece today by the immortal Jean M. Auel about her incredible Earth’s Children series and the audiobook process, particularly the challenges of adaptation. All six novels making up the series are now available as digital downloads.

Earth’s Children is a series of six books about prehistoric Europe during the time when anatomically modern humans, people like ourselves, the Cro Magnons, first arrived. But the land they found was already inhabited by another kind of human, the ones we call Neanderthal. 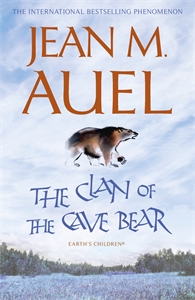 The setting is Ice Age Europe some 25,000 to 35,000 years ago. The series follows the life of Ayla, a Cro Magnon girl, who at five years old loses her parents and the rest of her people in an earthquake. In the first book (The Clan of the Cave Bear) she is found and taken in by a clan of Neanderthals. The story continues in the next books as she leaves the Clan and learns to live in a valley, and finds a wounded man who teaches her about her own kind of people. She travels across Europe with Jondalar, the man whose life she saved and grows to love, until they reach his home in what is today southwestern France. 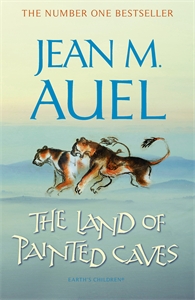 Because Ayla was raised by the Clan, she learned to communicate their way, using primarily silent hand signs and a few words. Most of the people she lives with now, her own kind of people, have difficulty believing they could talk at all, and only when she was near did most of them take pains to refer to them as the “Clan” rather than “Flatheads,” the derogatory term they had always used, descriptive of the sloping shape of their heads. And even though she can now speak the Zelandonii language of his people very well, she still has trouble pronouncing certain sounds.

She is eventually accepted by the Zelandonii, especially after the One Who Was First among those who served the Great Earth Mother chose Ayla as her acolyte. She had seen the young woman’s skill as a healer, although even she had difficulty believing Alya had learned her medicinal knowledge from healers of the Clan. She believed Ayla when the young woman declared they were people, a different kind of people, but still people. That they might be smarter in certain ways was harder to accept, but she did not openly disagree with Ayla. 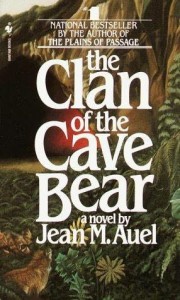 Getting into the hearts and minds of those early modern humans, the Cro Magnons, was not so hard since they were essentially us, just making their living in a different way. But the Neanderthals posed a more difficult task. I had to make some decisions about who they were, what they did, and how they thought. Essentially, I had to invent my Neanderthals. I had to decide what they could do, and how they might be different from the CroMagnons. Since there were so many similarities sometimes I made choices that accentuated their differences.

It turned out to be quite enlightening, especially listening to the English audio version. To many Americans, what we perceive as an English accent, often comes across as more intellectual, more correct. I do strive for accuracy in my novels, and listening to Rowena Cooper’s beautiful reading seemed to give the story more authenticity, even the parts where I wasn’t sure about the choices I made.

I didn’t realize how interesting it can be listening to a book being read, but perhaps I should have. I have many grandchildren and one of them is quite dyslexic. He used to listen to recorded books in school, and tell me he had read them. I realize now that is how he reads books, He’s not lacking in intelligence, he has learned to speak Japanese quite fluently, and has spent a good deal of time in Japan. He can also write Japanese calligraphy. Now he’s learning Cambodian, and spending some time in that country.

I’m glad to know that all my books have been recorded so well.

Jean M. Auel is one of the world's most esteemed and beloved authors. Her extensive factual research has earned her the respect of renowned scientists, archaeologists and anthropologists around the globe, culminating in her being made an Officer of the Order of Arts and Letters by the French Minister of Culture and Communication in 2008.