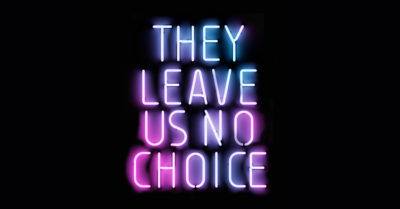 If I am loving a submission then I immediately start thinking about how to pull together a vision for a pitch for it – especially when a hot book like Suicide Club comes in. We won over Rachel, the author, with our pitch document that featured a version of the coffin-heart motif and some neon-inspired type, and I felt like that was a good starting point for thinking about the cover.

I always put together a Pinterest board to go with my cover briefs, which I know sounds nerdy but I actually find it invaluable as someone who is not design-literate but wants to articulate their ideas while still leaving room for the design team to be creative. I am still new to publishing, so a lot of my acquisitions are debut authors with no existing brands or previous cover looks to model the image of their book against. I see this as an opportunity to try new things, and so I think about how the overall look will work with the author’s creative identity, as well as for the book itself.

My brief was mostly inspired by films and images I’d found online – the book reminds me in places of Blade Runner, so I definitely had that in mind, as well as anime references (particularly the cityscapes you get in films like Akira and the re-make of Metropolis) and minimalist film poster design. But I think my biggest subconscious influence was the San Junipero episode of Black Mirror – that’s where I got the inspiration for the 80s neon elements I put in the brief which ended up being the foundations of our approach.

This cover, which we are hoping will be one of the standout jackets of 2018, was designed by Will Speed who is one of the in-house designers at Hodder. He and the other designers all pitched different creative options for the cover and it was a huge amount of fun deciding which direction to go with. I’d worked with Will before on another of my covers (for The Wicked Cometh) so I knew I liked his taste – and when I saw his approach for Suicide Club, I instantly knew it was the one I wanted to go with.

Here’s Will to tell us more about the design process itself:

From the moment Melissa mentioned Suicide Club I knew I want to work on the brief as the book sounded so engaging and I really enjoyed the extract I had read.

As this was a “creative” brief, the whole design team pitched concepts, sketches and illustrators to try to win the cover. Everyone came up with such great ideas that it was really tricky to narrow the list down to our final options, but as with a lot of cover designs, you often come back to the first idea.

I loved the neon idea coffin idea and I thought that the pitch document was so strong that my initial roughs were attempts to work from that. My first sketches, which tried to work in a heart rate line, were a bit too quiet and apologetic, so we kept re-working to come up with something bolder, which would really draw the eye. 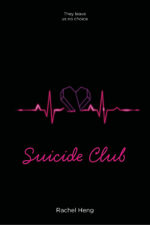 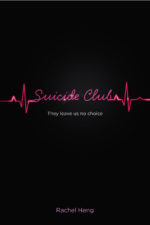 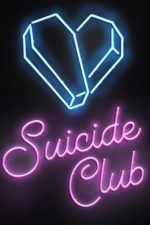 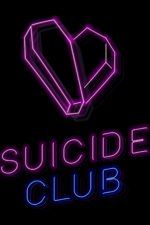 Melissa has a very strong visual eye and is great at giving direction, which kept the project fun through out. Typography was key the covers strength (and making sure it didn’t look super 80s or too Miami Vice!)

Once we had that right everything fell into place very quickly. We are all very excited about final finishes and cannot wait to see it printed!

The copy: I knew from the moment I read the first draft of this novel that I wanted the cover copy to be the motto of the Suicide Club “They leave us no choice.” – so that part was very easy! We used Lorem Ipsum for the background textures but eventually that will be replaced with the Ministry Directives that are a crucial component of the society in which Suicide Club takes place.

Playing with colours: originally we had gone with very stark, cool-toned blues but the author wanted to warm up and we realised that was the right thing as soon as we saw what eventually became the final version. 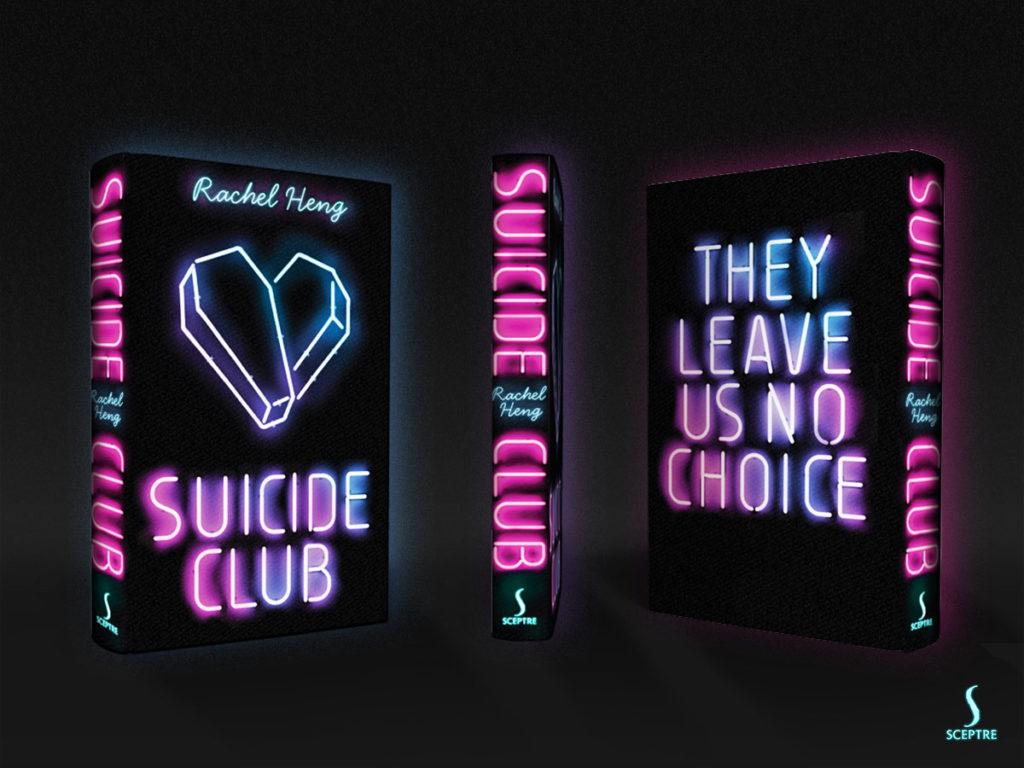 I think it’s safe to say we are all thrilled with how this cover came out and we cannot wait to publish the book and see how it looks in the real world and on bookshelves. Next task – coming up with a cool cover for the proofs…

Suicide Club by Rachel Heng is being published by Sceptre on 26th July 2018 in hardback and ebook. 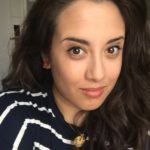 Editor at Hodder & Stoughton and nightmare version of Nancy Drew. My idea of a great literary dinner party is me, eating alone, reading a book. 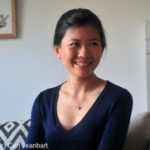