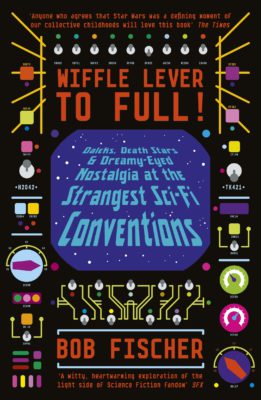 ‘Personal and engaging . . . anyone who agrees that Star Wars was a defining moment of our collective childhood will love this book’ – The Times

‘Funny and affectionate’ – Time Out

‘Will have you hitching aboard the Millennium Falcon to a galaxy overflowing with infinite possibilities. ****’ – Metro

In 1981, the eight-year-old Bob Fischer was entranced by Daleks, Vogons and crack Imperial Stormtroopers.

Almost three decades later, Bob decides to rekindle the affair with a tour of the UK’s sci-fi and cult TV conventions. Freewheeling from Doctor Who to Discworld, Star Wars to Star Trek and Robin of Sherwood to Red Dwarf, he combines misty-eyed memories with a terrifying travelogue of terrible, torturous . . . terror. Or something.

In space, no one can hear you scream. And don’t expect much sympathy in Peterborough, either. 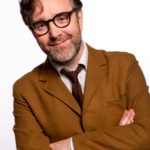 Bob Fischer is a lifelong science fiction and fantasy fan who has previously enjoyed careers as a record shop owner, a solo singer-songwriter and a short-lived Elvis impersonator (one gig). He now works as a radio presenter for BBC Tees, a job that has …