The Erstwhile (The Vorrh Book Two), by
Brian Catling 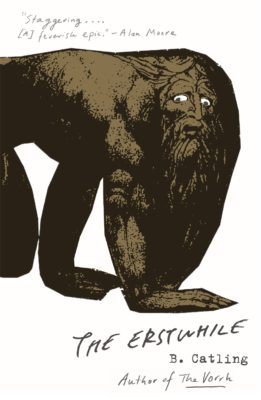 ‘Staggering. . . . [A] feverish epic.’ – Alan Moore
In London and Germany, strange beings are reanimating themselves. They are the Erstwhile, the angels that failed to protect the Tree of Knowledge, and their reawakening is just the beginning in this groundbreaking novel of births and burials, excavations and disappearances.

Meanwhile, in Africa, the colonial town of Essenwald has fallen into disarray – the timber workforce has vanished into the Vorrh. Now, a team of specialists led by the former cyclops Ishmael is dispatched to find them. But an ancient guardian of the forest has plans for Ishmael and his crew. And when a child of mixed race is found abandoned in a remote cottage – a child who possess powers beyond her understanding – a collision course is set between human and inhuman, the real and the imagined. In Brian Catling’s trademark style, The Erstwhile brings historical people and places (like William Blake and the Bedlam Asylum) together with ingenious creations of his own to create an unforgettable experience. 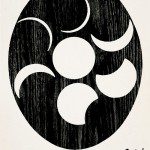 Brian Catling (born in London, 1948) is an English sculptor, poet, novelist, film maker and performance artist.He was educated at North East London Polytechnic and the Royal College of Art. He now holds the post of Professor of Fine Art at The Ruskin S …

The Erstwhile (The Vorrh Book Two)