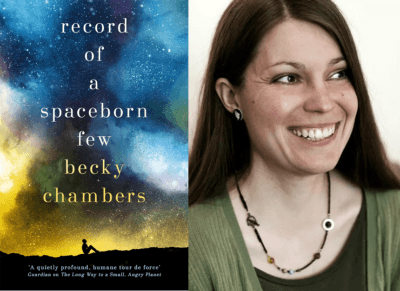 Posted on May 2, 2018 in News with tags Events and exhibitions, Science Fiction, becky chambers

Whether you’ve been along for the whole journey or jumped on at the last spaceport, we have an exciting announcement for all Wayfarers fans. No, we haven’t perfected our time travel machine (I promise we’ll let you know when we do), but the news is even more exciting than that: Becky Chambers is coming back to tour the UK to celebrate the release of Record of a Spaceborn Few.

Becky Chambers’ UK tour will have stops all over the country, including London, Glasgow, Oxford, Norwich and Sheffield, culminating in an appearance at the Young Adult Literature Convention (YALC), part of the London Film and Comic Con. Becky will be talking about her work and taking questions from the audience, as well as signing books.

The details on locations are below – we can’t wait to see you there!

Scroll on down for links to buy your tickets… and don’t forget to preorder your signed edition! 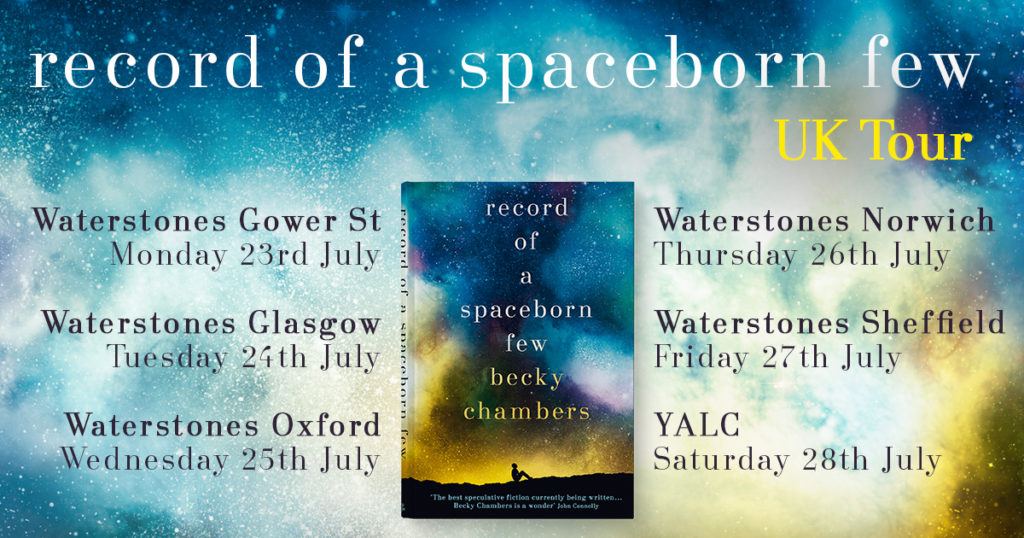 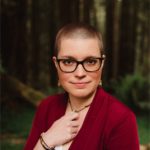