BACKCHAT: Once Upon A Time 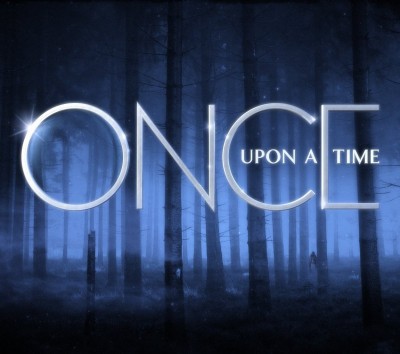 Posted on December 11, 2013 in Film with tags Backchat, Once Upon A Time

Today on Backchat, Sharan and Anne discuss the television series Once Upon a Time (no spoilers). If you’re not familiar with it, the basic premise is that all the major (and minor) fairy tale characters we know from stories (and Disney) are real people living in a small town in Maine, having been transported by way of a curse cast by the evil queen from Snow White. When the show opens, no one has any memory of their fairy tale past… but the curse is beginning to break.

Sharan: I wasn’t sure about the series when I started watching it, I just thought the concept was pretty interesting and I wanted to see the execution. I’m sitting on the fence at the moment, I think I like it – but I know how terribly cheesy it is…

Luckily I’m not alone in my curiosity, Anne you’ve been watching the series too, right? What do you think of it so far?

Anne: Like you, I was intrigued by the premise – but put off by what I heard of the execution. A few episodes from the first season piqued my curiosity, however, so I gave it a shot. I missed most of Season 1 but caught up with reviews, and felt pretty good about going in Season 2, which I watched from its first episode. I’m not going to say the show is 100% perfect – far from it! But I do like what it’s trying to do; I like the fact that it’s constantly playing with viewer expectations by setting up familiar stories and characters (e.g. Snow White, Sleeping Beauty, Pinnochio, Beauty and the Beast) and then subverting them. And I’m particularly glad that the show focuses so intently on relationships between its female characters – mothers, daughters, granddaughters, and friends. We don’t often see genre shows that spend so much time exploring such relationships. In a way, the show is very soapy for all that – but it’s a soap opera with dragons and castles and magic spells, which I dig. That said, I don’t always find that the magical and mundane elements mix as well as they should.

What do you think the show does well, and what isn’t it so good at?

Sharan: I agree with you in regards to the plot subversions, I think the show has a knack of intertwining stories and keeping them authentic but completely new at the same time. I think one of the things I like most about it is the fact that it interconnects all the stories we’ve grown up with. I was surprised with some of the characters they introduced, Mulan was completely unexpected, as was Captain Hook (though holy moly I’m glad they did), but they all meshed together fairly well. I do think that the inherent moral of a fairy-tale is probably what I like the least, of course good should always win and love should always triumph… but honestly don’t beat me around the head with it! I’ve found that the black and white division of who is good and who is bad is quite grating, however, I do love an anti-hero so perhaps I’m bias.

Do you think the show could try a bit harder to show an accurate view of human nature, or is it okay to have this black and white view of good and bad because it’s literally a living fairy-tale?

Anne: I think they’re trying for more rounded and surprising characterization, although they don’t always succeed at it, beyond Robert Carlisle’s Rumplestiltskin/Mr Gold character. But… that may be a consequence of the fact that he’s far and away the best actor on the show, and can imbue his character with, shall we say…. more character? I like the fact that, for example, they’ve written the Evil Queen/Regina as both an over-the-top villain and also a mother who’s fiercely devoted to her (adopted) son. But I find Lana Parrilla’s acting can be hit or miss, and when she misses, the character suffers.

So, do you have a preference for the fairy tale-set stories or the real-world set stories?

Sharan: The real-world set stories are definitely more up my street. Though whenever I try and think why, I can’t quite place it. I think it’s simply because I like a world that is more complex than simply the battle between good and evil. This sounds very similar to what I said previously, but I think that characters and stories that are troubled within themselves, rather than by an external factor, are much more interesting and relatable. I think any good TV show has to be relatable to its audience.

Before we round this up, I think there is one last question that needs to be asked: who is your favourite Once Upon A Time character and why?

Anne: Funny – up until recently, I absolutely preferred the fairy tale stories! Anyway, the easy answer to your question is Captain Hook, because he’s hot, but I’m not really that shallow… am I? No, I think the gong has to go to Rumplestiltskin, (though I hate it when people call him ‘Rumple’), because he’s the most interesting character of the lot. Most of the OUaT characters wear their hearts on their sleeves, but he keeps himself to himself, which means he always has the capacity to surprise the audience.

Sharan: I’m going to have to be very boring and agree with you! Rumplestiltskin is by far the best character, he’s the only one that is interesting as both his fairy-tale and ‘real world’ personas. I actually enjoy watching his alternate history… As I said, I do love a good anti-hero!

Have you been watching Once Upon a Time? Does it fill you with a sense of righteousness or an evil taste for vengeance that you can’t seem to quell? Or maybe both? Let’s hope our Backchat has inspired you to give it a go!