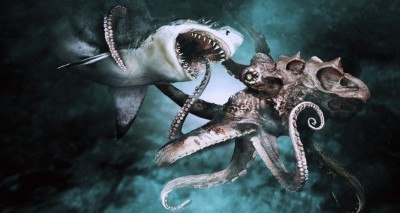 It will probably come as no surprise to all of you, but at Hodderscape HQ we like some pretty awesome stuff – Buffy, Firefly, any vampire or werewolf movies, Disney cartoons and the list goes on. What you probably also know is that a few of the team have a love for a really, really bad movie. Emily Kitchin and I decided that the time was ripe for us to talk about what really makes a bad movie, good.

SM: So it seems as though we both have a love of terrible movies, I’m pretty sure we’ve individually made lists of our favourites – though I think mine leaned towards poor production and stories, and yours towards the horrifying and gory…? I think it’s safe to say that we keep Hodderscape classy. So as a fellow bad movie lover, do you hunt for new films or do you just stumble across them?

EK: I like to go by recommendations from friends. I’m not going to watch a bad horror film unless someone I trust has already told me that it’s really, REALLY bad. TEETH is a good example – it’s a friend of mine’s favourite (bad) film. I loved it, although to be honest, it’s a little gore-lite. Do you have any favourites?

SM: Ah, as I’ve probably told you, and almost everyone on the Hodderscape team, my favourite bad movie is Thankskilling. It’s the worst thing that I’ve ever loved, and seriously it is puntastic – and who doesn’t love a good pun? I do have my limits though, I tried to watch Sharknado and I really didn’t like it very much, I’m all for ridiculous concepts but honestly it was just bad. I’m trying to put my finger on what makes a good bad movie, and what just ends up being a terrible bad movie… all I can think of is the entertainment value, if it makes me laugh then I like it. What separates the two for you?

EK: You make a good point: it’s all about the entertainment value and the laugher. For me, if I’m laughing whilst simultaneously shrieking with sheer revulsion and disgust, it’s a tick in the box. I have yet to see Thankskilling, which is ridiculous given your very enthusiastic championing of it; I shall be treating myself over Easter. I have to say that really hammy, over-the-top acting does it for me, too, as do ridiculous but totally gross special effects. Do you think that today’s bad horror films beat those of yesteryear?

SM: I’m a big fan of ridiculous special effects, the infamous Megashark jumping out of the sea and eating a plane has to be one of the best – so stupid, but so amazing. I’d say that nowadays it’s harder to find a bad film that is fun to watch, people tend to take themselves a bit seriously and especially if its horror it does tend to be painfully dull to watch rather than amusing – I’m a sucker for the older ones. Just yesterday me and my housemate were making a list of the Japanese Godzilla films that we want to watch, that is going to be difficult because some are genuinely good films and others are awful – I feel like I need to watch them all to satisfy my desire to see a great film and a bad one (like the first American Godzilla film)! Do you think that any mainstream movies would be on your list?

EK: It wouldn’t have even occurred to me to watch Japanese Godzilla! A strong choice. Can I come? I think my list is pretty un-mainstream, but there are definitely some cult classics on there! One of my all-time faves has to be The Dentist 2, watched in secret when I was younger. The dentist’s drill has never been so terrifying. What about you?

SM: I think a regular trip to the dentist would have me scared! Well, definitely the American Godzilla – maybe also Signs. Oh. My. Lordy. That is a terribly made film with quite a few plot holes, but I love it – bad looking aliens and all! You should definitely come and watch them with us, the first Godzilla movie was actually a great film – not bad in any sense, but many of the sequels are known for being pretty poor. I think we’ve reached a good standpoint on terrible movies – they are awful, gory, silly, funny, and we love them.

If you like a bad movie, then let us know – we’re always looking for suggestions. You can send us good movies too, but we can’t promise that we’ll respond with the same level of enthusiasm…