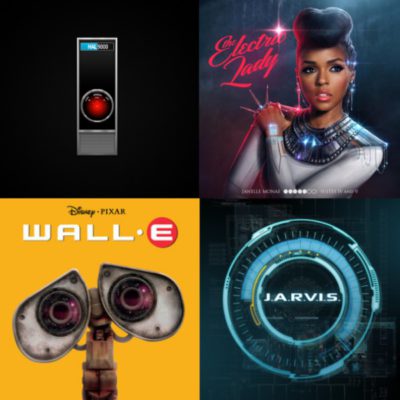 Posted on April 24, 2019 in Fun Stuff, Science Fiction with tags

The term “Artificial Intelligence” gets thrown around so much these days it loses meaning. It’s become a catch-all term for all machine learning when, often in pop culture, the device or program in question is actually an Artificial Consciousness or, I don’t know, an interface designed to emulate human interaction. Though related, the differences can be profound.

Maybe the easiest way to talk about which-is-which is to remove “Artificial.” Though philosophers continue to grapple with how to pin down a definition of consciousness, it’s (deep breath) basically a self-interested being with the ability to use its senses to record experiences in order to narrativize its life (sort of?). Intelligence, on the other hand, is akin to knowledge. It’s something that can be acquired and analyzed and, in the cases of AI, mathematically built upon by checking boxes. Spotify and Amazon, for instance, use AI to build algorithms to analyze a user’s choices so they can better market to them. A successful artificial consciousness is not such an equation but an attempt to replicate the actual workings of the human mind.

So, which is which in pop culture? And yes, this is so very subjective and unscientific so your theory might easily top mine. 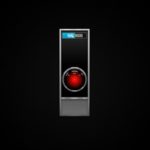 In my opinion, HAL 9000 is a textbook AI. It’s programmed to take care of Discovery and its crew and engages with them in order to do its job better. Only, HAL has a secret mission buried in its programming. When the crew begins to interfere with it, HAL decides eliminating them is the only way to ensure the mission is accomplished (similar to Ian Holm’s villainous Ash in Alien). Though HAL is programmed to mimic human interactions, he only interprets his surroundings through the prism of his programming such as when he reads Dave and Frank’s lips and realizes they’re a threat.

VERDICT: Artificial Intelligence (with the caveat that after interacting with the aliens in 2010, HAL evolves into an AC)

J.A.R.V.I.S./VISION from The Avengers franchise 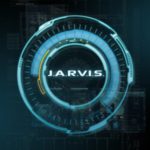 Tony Stark’s computer butler/personal assistant J.A.R.V.I.S., like HAL 9000, is a complex artificial intelligence whose learning abilities exist to further personalize the user experience Tony desires, but there’s nothing to suggest in the Iron Man or Avengers movies he’s gained sentience. That is, until after he encounters an actual AC, Ultron, in The Age of Ultron and is coded into a biosynthetic body. Though still an android, the addition of the Mind Stone appears to evolve J.A.R.V.I.S. into a being that fits the definition of an AC, as he no longer exists to serve Tony but begins a journey of self-discovery that will include falling in love with the Scarlet Witch. 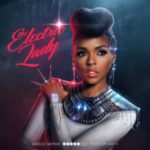 One of the best AC’s going right now is Cindi Mayweather across Janelle Monáe’s Metropolis series. It begins with Metropolis: Suite I (The Chase) and continues through ArchAndroid and The Electric Lady, with Dirty Computer working as a sort of near-future prequel to the series. Cindi, we learn right away in Metropolis’s first track, March of the Wolfmasters, has fallen in love with a human and thereby must be destroyed.

She will spend the next several songs (and albums) fomenting revolution among what are arguably AIs, even going so far as to time travel, in order to reveal to them the full panoply of emotions they can access by achieving consciousness. So, that one’s easy. The real question is whether the narrator of the song Dirty Computer, a near-future program breaking down, has achieved consciousness. As it bemoans its fate, the answer seems to be, yes, it has achieved self-awareness which might imply that future programs-to-androids sublimated their AC-ness to avoid risky emotional engagement in an increasingly oppressive age. Maybe?

SKYNET from the Terminator franchise 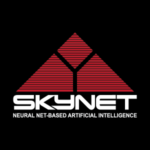 Skynet is designed for one purpose, to oversee the U.S. nuclear arsenal to prevent an accidental launch from kicking off World War III. When it comes online, however, it reads all the world’s threats, decides humans are going to blow themselves up anyway and goes to launch the nukes before its creators can disable it. What sets it apart from 1970’s super-computer-run-amuck disasterpiece, Colossus: The Forbin Project, which features basically that same set-up, is the lengths Skynet goes to eradicate humans, including the invention of time travelling killbots that can take on human form. No matter what, however, the minions of Skynet remain AIs, not ACs (though they get cyborg-y in Genisys). 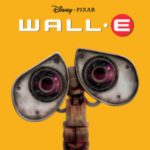 This one is fun to look at because, at the beginning of the film, WALL-E goes about his day doing precisely what his programming tells him to do, suggesting he might not even be an AI but simply a machine performing a boring, Sisyphean task that would frustrate most cinematic ACs such as C-3PO from Star Wars. But then his personality begins to come through. He cares for a cockroach. He enjoys watching Hello, Dolly! And, well, he will eventually fall in love with the no-nonsense EVE who, like Cindi Mayweather, awakens to her own sentience. But what’s most fascinating is when, towards the end, WALL-E gets deactivated. He loses his consciousness and becomes a simple machine again. It’s only through a sort of Snow White-style magic that when EVE kisses WALL-E, his memories and personality return. He hadn’t died. He’d merely lost his Artificial Consciousness. 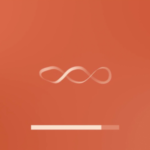 This one…this one’s a challenge. Samantha starts out as an AI, no question. She exists to absorb what she can from Theodore in order to become the best mate possible for him. She becomes more and more complex across the film as she seems to fall in love with Theodore, exhibiting responses that feel as if they are those an actual consciousness. Except…that’s exactly what she’s designed to do. How can the viewer tell the difference between an incredibly complex AI and an Artificial Consciousness? At the end, Samantha reaches out to other AIs and admits to having similar romantic interactions with hundreds of others. She also says that she and the other AIs have evolved to a point beyond the physical, which suggests they’ve achieved some kind of group consciousness.

But have they? They may think they have, but couldn’t this all be a flaw in the algorithm? Though it’s not a question the movie asks, given the complexity of the algorithm and its stated goal to be such a perfect imitation of life that this desire for sentience feels like a plausible result, has Samantha actually achieved consciousness at the end of the film? Or did no one on the programming side foresee this end result for their product? Or, and this is the biggest stretch, given the ending with Theodore writing to his ex-wife and connecting with his human neighbour, could the entire point of the AI be to transform the user then “break-up” with them in a way with indisputable closure so they move on? 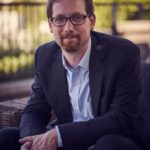 M. G. Wheaton is the author of the speculative fiction novel, EMILY ETERNAL.

Born in Texas, he worked in a factory assembling computers and servers before becoming a writer for such movie magazines as TOTAL FILM, SHIVERS, SFX, and several others. After leaving journalism, Wheaton worked as a screenwriter and producer, comic book scribe, and video game writer.