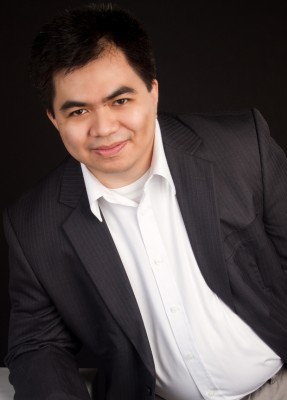 Posted on January 23, 2014 in Books, News with tags David Ramirez

At the end of last year I mentioned that I had a couple of big announcements forthcoming – and here’s one of them!

We are utterly delighted to announce that we have bought the UK rights to two books by debut novelist David Ramirez. We will be publishing the first, The Forever Watch, in May 2014. The deal was negotiated by Jenny Meyer of Jenny Meyer Literary Agency on behalf or Kristin Nelson of Nelson Literary Agency.

Rarely have I read such a sophisticated, ambitious debut novel. The Forever Watch is a veritable puzzle-box of wheels within wheels within wheels, forcing the reader to peel away layer after layer until the final, extraordinary reveal. Add to that a pulse-pounding plot and wholly unforgettable characterisation, and it’s not long before you realise that you’re in the hands of a true master.

The Noah: a city-sized ship, half-way through an eight hundred year voyage to another planet. In a world where deeds, and even thoughts, cannot be kept secret, a man is murdered; his body so ruined that his identity must be established from DNA evidence. Within hours, all trace of the crime is swept away, hidden as though it never happened.

Hana Dempsey, a mid-level bureaucrat genetically modified to use the Noah’s telepathic internet, begins to investigate. Her search for the truth will uncover the impossible: a serial killer who has been operating on board for a lifetime… if not longer.

The Forever Watch is a stunning, sophisticated debut by an incredible new talent. David Ramirez is an ex-scientist who divides his time between Oakland, CA, and Manila, Philippines. Once a molecular biologist who worked on the Human Genome Project, Ramirez returned to the Philippines to get married. He dabbled in computer science and the last STEM project he worked on was programming part of the information system for the chronobiologists of EUCLOCK, a cooperative project between European research groups on the study of circadian rhythms in model organisms and humans.

And, even better… we can show you the gorgeous cover right away! (Click to enlarge.)

This stunner is the work of Raid 71, and it perfectly encapsulates everything that The Forever Watch is about. We simply couldn’t be more excited.