Posted on December 13, 2017 in Books, Fun Stuff with tags Fantasy

As the saying goes, ‘a bad day in London is still better than a good day anywhere else’. When I moved to London 3 years ago, I found this to be pretty accurate (I’m sorry Northern England, I still love you, I promise! Side note: are there any Urban Fantasy books set above the Watford gap?) and, in my opinion, the only thing that could improve it is the addition of magic, monsters and frequent animal sidekicks.

Well, I’m in luck – Urban Fantasy is a whole genre of books out there ready to give me just that and much, much more! Here are my 5 favourites.

Disclaimer: some of you may not agree that all of the following books are classed as urban fantasy. Tough. Also, I have cheated and included whole series as single entries. Sorrynotsorry. 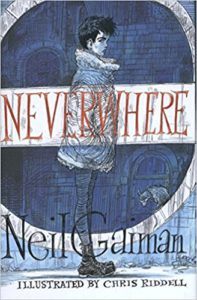 Neverwhere, Gaiman’s debut novel, originally came to life as a TV show and is beloved of fantasy and non-fantasy readers all over the world. When Financial analysist Richard Mayhew, comes across Door, a waif bleeding on the street, he enters a different side of London to the one he is used to – one filled with bubbles of time, Regency roads, old senile Earls and other bits and pieces of London’s three-thousand-year history. It’s a gorgeous novel and one that every Gaiman or fantasy fan should read.

2. The PC Grant Mysteries by Ben Aaronovitch: starting with Rivers of London 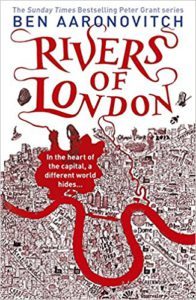 When Peter Grant, probationary copper with zero career prospects meets a material witness for the case he’s working – and that witness turns out to be a ghost – he’s brought to the attention of Inspector Nightingale, the last wizard in England. This makes his life significantly more interesting and significantly more dangerous. With 6 books and one novella out so far, this would be a great series to binge read over Christmas. 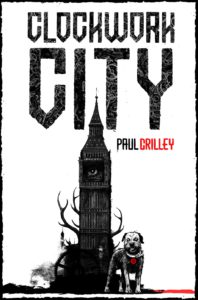 While the first book in this series is set in Durban, South Africa, the second, Clockwork City takes place in the big smoke. Delphic agent, Gideon Tau, appropriately nicknamed London, visits the city to get to the bottom of a murder-suicide and gets tangled in Fae gangs, a heist to break into a highly secure bank and has to ensure that the horned god imprisoned below London doesn’t get out and destroy the world.

4. The Alex Verus series by Benedict Jacka: Starting with Fated 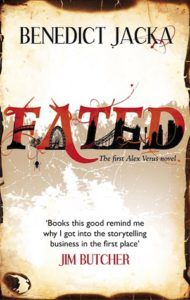 Alex Verus owns a magic shop in Camden, but luckily his powers are suited to hiding in plain sight – after all he can see the branching paths of the future. Unfortunately, this also means that when he’s recruited to help find an ancient relic, he can see just how small his chances of survival are. Alex’s powers are really fun to explore and his apprentice’s powers/curse, which mean she can’t touch anyone, are equally interesting. If you like the Dresden Files, but would like to see what life is like when your powers aren’t flashy, definitely pick this series up.

5. Shades of Magic series by V.E. Schwab: starting with A Darker Shade of Magic 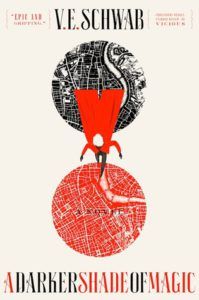 This is one of those series that some might argue shouldn’t be labelled as Urban Fantasy – after all it doesn’t feature many of the tropes that help define this genre. On the other hand, it is set in a city and it’s fantastical, so I think it qualifies. Also, this is my list, so I intend to abuse that power.

This series is a huge favourite at Hodderscape. Featuring multiple alternate Londons, Kell, the adopted brother of the prince, and traveller (and occasional smuggler) between the different cities, Lila, a devious and spunky thief with ambitions to be a pirate and so much more, this series is a huge joy to read and I recommend to anyone and everyone, ever.

I had a really tough time narrowing this list down to only 5, so honourable mentions go to, Un Lun Dun by China Mieville (and everything else he’s ever written that can be narrowly classed as Urban Fantasy), The Felix Castor novels by Mike Carey, The Curious Affair of the Somnambulist and the Psychic Thief by Lisa Tuttle, The Skyscraper Throne series by Tom Pollock and The Rook by Daniel O’Malley.

What’s your favourite Urban Fantasy set in London? Let us know on Twitter or in the comments below!