10 Marvel Women We Need More Of 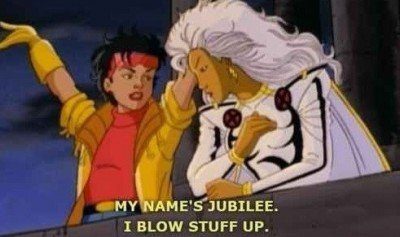 Comics nerds rejoice: we live in a glorious time, with superheroes zipping, zapping, flying and kerpow-ing across screens large and small. And yet… and yet. Black Widow has appeared in four Marvel movies but hasn’t featured in her own yet. Supergirl’s tv show only just started airing. Wonder Woman’s film won’t premiere for a few years yet. So there’s still some progress to be made.

Today Rebecca Levene suggests ten amazing female Marvel characters that we should see – or, in a few cases, see more of – on screen. Forget Infinity War 2. Let’s get that Jubilee film going!

1. Jessica Jones. The best female superhero yet? The best superhero yet? Anyone who hasn’t watched the show needs to do so immediately. Seriously. It’s worth getting a Netflix subscription for this alone. 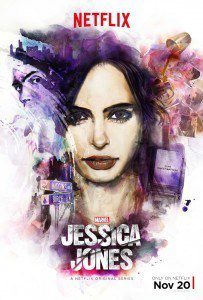 Kamala Khan. If this isn’t the moment for a teenaged Pakistani American superhero, I don’t know what is. Come on MCU, you know you want to…

4. Lady Sif. I know lots of people think Loki is the best thing about the Thor movies. They are wrong.

5. Kitty Pryde. The woman who should have been saving the world in Days of Future Past.

6. Trish Walker. What, you thought I was going to stop talking about Jessica Jones? Their friendship was one of the best things about a brilliant show.

8. Natasha Romanoff. And she hasn’t had her own film yet why?

9. She Hulk. She’s big, she’s green and you wouldn’t like her when she’s objecting to you weak legal arguments in court. Film, TV show, Netflix original – it doesn’t matter as long as someone puts her on screen. 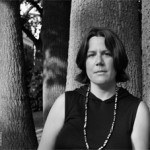 3 comments on “10 Marvel Women We Need More Of”